Caleb Kennedy is leaving American Idol and returning home to South Carolina after a controversial video surfaced on social media.

Kennedy appears in a Snapchat post seated beside someone wearing what appears to be a Ku Klux Klan hood. Kennedy’s family said the video was recorded when he was 12.

The 16-year-old announced his departure Wednesday with a statement posted to Instagram. “Hey y’all, this is gonna be a bit of a surprise, but I am no longer gonna be on American Idol,” Kennedy captioned the post. “There was a video that surfaced on the internet and it displayed actions that were not meant to be taken in that way. I was younger and did not think about the actions, but that’s not an excuse.”

With Kennedy’s departure, “Idol” will feature the top four finalists in Sunday’s episode rather than the five originally planned but will eliminate only one of them ahead of the May 23 finale.

Kennedy continued: “I wanna say sorry to all my fans and everyone who I have let down. I’ll be taking a little time off social media to better myself, but saying that, I know this has hurt and disappointed a lot of people and made people lose respect for me. I’m so sorry! I pray that I can one day regain your trust in who I am and have your respect! Thank you for supporting me.”

The three-second video was met with negative reaction on social media from fans of the show and has Kennedy coming under fire for the content. However, Kennedy’s mother, Anita Guy, stated the perception is not the meaning behind the short clip.

“I hate this has happened and how Caleb is being portrayed by people online,” Guy said. “This video was taken after Caleb had watched the movie ‘The Strangers: Prey at Night’ and they were imitating those characters. It had nothing to do with the Ku Klux Klan, but I know that’s how it looks. Caleb doesn’t have a racist bone in his body. He loves everyone and has friends of all races.”

This video was taken during the time “The Strangers: Prey at Night” and “V for Vendetta” were popular. Guy said Kennedy enjoyed both of these movies and even dressed up as the main character in “V for Vendetta” for Halloween when he was in the 7th grade.

Kennedy quickly became a fan favorite on “Idol” after he impressing the judges during his audition with one of his original songs, “Nowhere.”

Katy Perry said: “You better finish that song ‘Nowhere’ because that song is going to take you somewhere.”

Kennedy finished the song and continued writing, performing original songs and steadily growing his following. He has become known not just as a country singer, but as a songwriter as well.

“You are gonna fool around here and become a great songwriter,” Lionel Richie said. “You have come to the point where that artist is coming out in you.”

After earning a golden ticket to Hollywood, Kennedy made it through to the weekly live shows, where contestants sing for America’s vote.

On the most recent episode, which aired live coast-to-coast Sunday, the teen gave a gravelly rendition of “Violet Hill,” which Perry said was the first time she’d ever been frightened by a Coldplay song.

“That scared me, and it scared me in a good way, because it was that good, Caleb,” the judge told the high school student.

Later in the Mother’s Day-themed show, Kennedy performed an original for his mom, called “Mama Said.”

Judges Luke Bryan and Richie said the teen has talent far beyond his years.

At the end of the episode, Kennedy narrowly avoided elimination, earning the final spot in the top five. 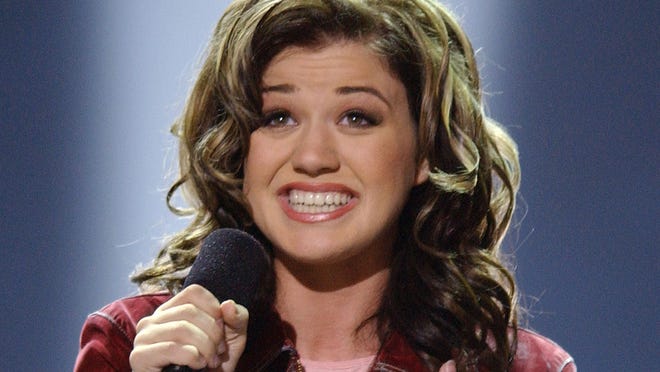 CDC reports 13 additional cases of blood clots linked to J&J COVID-19 vaccine. All happened before 11-day pause in its use.

CDC reports 13 additional cases of blood clots linked to J&J COVID-19 vaccine. All happened before 11-day pause in its use.