Ant and Dec admit SMTV: Live was nearly AXED before being given a saucy revamp… as they reunite with Cat Deeley for ITV special

By Laura Fox For Mailonline

Ant McPartlin and Declan Donnelly are set to reveal SMTV: Live was on the brink of being axed before it was given a saucy revamp.

The presenting duo, who reunited with their co-host Cat Deeley for an ITV Special looking back at the iconic kids show, say the show needed a drastic change to bring in a wider audience after early shows brought in weak ratings.

Of course SMTV’s mixture of child-friendly comedy and naughty innuendos made the show one of the most beloved Saturday morning series in history, and it aired from 1998 to 2003. 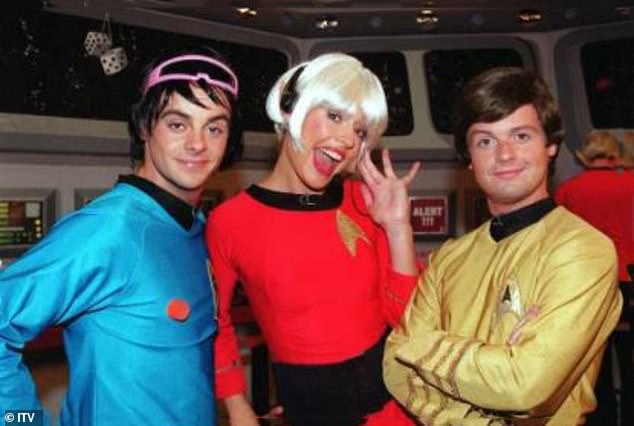 Close call! Ant McPartlin and Declan Donnelly are set to reveal SMTV: Live was on the brink of being axed before it was given a saucy revamp

In a preview from the The Story of SMTV: Live reported by The Sun, Ant and Dec said bosses were in the brink of dropping the show after only a few months on air.

Having invested huge amounts of money in the show, the duo decided to revamp the show with an audience of children and naughty jokes to keep the parents entertained.

Ant said: ‘It wasn’t great for the first couple of months. There was no atmosphere. We got it wrong initially.

‘People were putting pressure on ITV. Other production companies were saying, ”Look, they’re not doing it ratings-wise, it’s not great. You should replace it with one of our shows”.’ 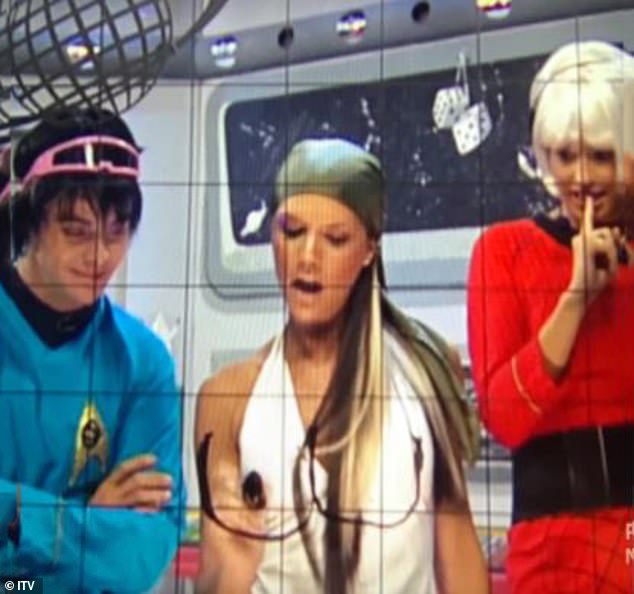 How naughty! The presenting duo say the show needed a drastic change to bring in a wider audience in an ITV special set to air on Boxing Day

Dec added: ‘It had been going fairly badly for a long enough time that people were starting to ask questions. ”Should this show be on air?”

Ant and Dec’s decision to mix up the show with naughtier jokes brought in a much wider audience, and eventually the series became the most sought-after for stars including Mariah Carey and Victoria Beckham.

Some of the show’s cheekier moments included the rolling segment Cat’s Chats which saw the presenter run a sex phone line. 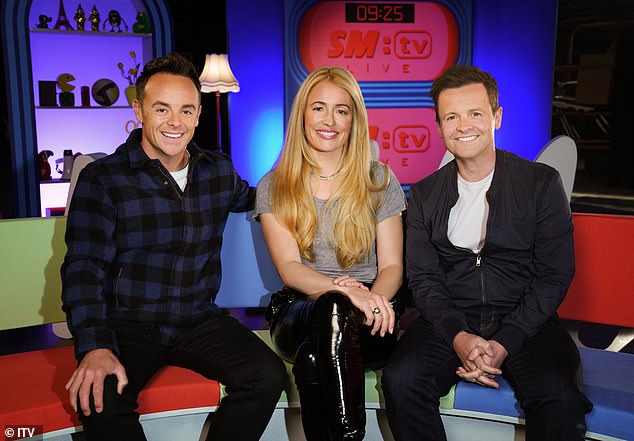 Back together! Ant and Dec are set to join their SMTV co-host Cat Deeley for a look-back at the iconic Saturday morning show, which they hosted from 1998 until 2001

Other celebrities who appear in the documentary agree that much of the show’s racier moments would never be broadcast in 2020.

But the series was praised for refusing to patronise its young viewers, with Dec furiously yelling at contestants during Wonky Donkey, and Ant taking joy in beating contestants in Challenge Ant.

The show is still most well-known for the iconic Chums segment, which in a spoof of the US sitcom Friends saw Ant, Dec and Cat living in a flat where they’d be joined by a different celebrity neighbour each week. 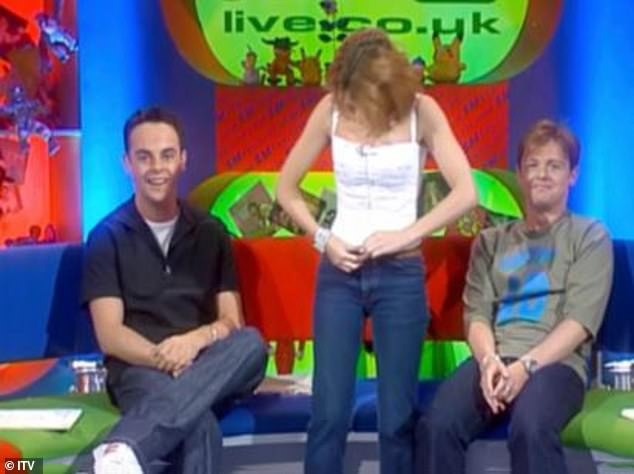 Cheeky! Many stars who appear in the documentary agree that many of the show’s racier moments would never air in the modern day

The weekly skits were driven by the will-they won’t-they romance between Dec and Cat with the pair finally kissing on their wedding day.

Ant and Dec said goodbye to SMTV in December 2001 after three years as hosts, with Cat also leaving the show four months later.

The series then featured an array of different hosts, including Tess Daly and Stephen Mulhern, and came to permanent end in 2003.

The Story Of SMTV: Live airs on Boxing Day at 9:25am on ITV. 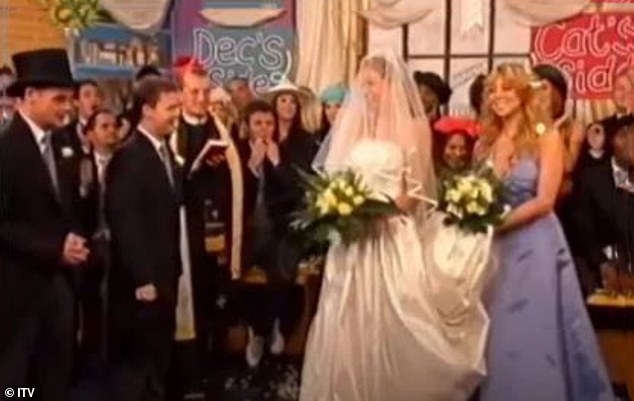 Throwback! The show is still most well-known for the iconic Chums segment, which spoofed the US sitcom Friends