The ex-minister, who quit the Tories to join the rebel Change UK alliance at the height of the Brexit impasse in 2019, has returned to her old job.


The ex-minister, who quit the Tories to join the rebel Change UK alliance at the height of the Brexit impasse in 2019, has returned to her old job. She has once again picked up her wig to take on her position as a barrister.

From 1995 until she was elected to the Broxtowe constituency in 2010 she worked for KCH Garden Square specialising in criminal law.

She wrote on social media yesterday: “I’ve returned to the criminal bar and my former chambers.

“You may think this says a great deal about the state of the Criminal Justice System.

“It’s a pleasure to be back working with some of the finest people I’ve ever had the privilege to call colleagues.”

There have been fears in recent months that there are not enough judges and barristers to help clear the backlog in the Criminal Justice System caused by the coronavirus pandemic.

Ms Soubry’s return to practising law comes after she was turfed out of the Commons in the 2019 election after campaigning for a second EU referendum, dubbed a “People’s Vote”.

Despite her constituency voting to leave the EU by 54.6 percent to 45.4 percent, Ms Soubry battled to make the case for overturning the result of the 2016 vote.

Having won 46.8 percent of the constituency’s support in 2017, in December 2019 Ms Soubry received just 8.5 percent of the vote to finish a distant third.

As well as campaigning for a second EU referendum, the former Conservative spent her last months in Parliament seeking to thwart Boris Johnson’s efforts to leave the bloc.

When she quit the Conservative party in February 2019, Ms Soubry claimed it had been hijacked by “the right wing, the hard-line anti-EU awkward squad”.

In September 2019 when Mr Johnson prorogued Parliament in a bid to prevent MPs further delaying the UK’s leave date, the MP was a vocal supporter of the legal action taken against the Government.

Remainer activist Gina Miller and the SNP’s then deputy leader in Westminster Joanna Cherry brought forward cases against the Government’s decision to suspend the sitting of the Commons.

When the Supreme Court ruled the prorogation had been unlawful, Ms Soubry was pictured arm in arm, celebrating with the Remainers on the steps of the historic building.

“This is a fantastic day for democracy, at last the people of this country are taking back control,” she said at the time.

“We’re all fed up with Brexit, we want it to come to an end.

“The only way to resolve it is to have that People’s Vote and get it back to the British people.”

Ms Soubry’s biography on the website of her chambers described her as “meticulous in her approach” to legal cases “whilst remaining approachable to her clients”.

It says she “specialises in all aspects of criminal law, focussing on violence, sexual offences, drugs and mental illness cases”.

Subscribe to receive inspiration, ideas, and news in your inbox 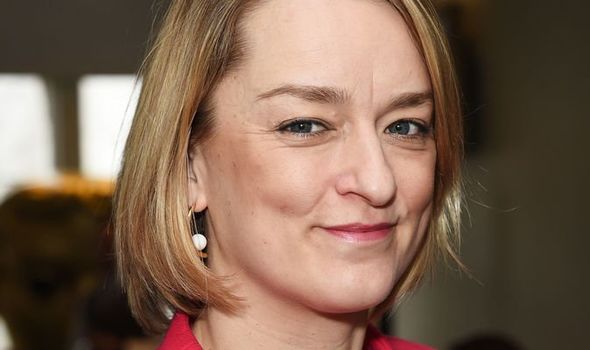 According to Trump’s top military adviser, Joint Chiefs Chairman Gen. Mark Milley, who was interviewed by Woodward and Costa, he had to intervene t [...]
Read More

The former US president called General Milley a “Dumbass” after the General attempted to stop the 45th president from starting a conflict with Chin [...]
Read More