On Sept. 24, Butch Vig will be fulfilling plans 30 years in the making.

“I’m going to open up a really kick-a– bottle of wine that day,” Vig told the Milwaukee Journal Sentinel, part of the USA TODAY Network, over Zoom from Madison, where the Los Angeles resident was visiting family and friends for the first time in 18 months after his family got vaccinated. “It depends on what everyone’s schedule is … but it would be nice be in the same room and have a glass with Sir Dave.”

“Sir Dave” is Dave Grohl. And the occasion for the celebration will be the 30th anniversary of the release of one of the most impactful albums of all time, Nirvana’s “Nevermind,” which Vig produced.

“That record changed my life profoundly,” said the Viroqua, Wisconsin, native. “It gave me the opportunity to pick and choose what I want to work on.”

A new album from Garbage

And it included Vig’s band Garbage. The band, founded in 1993 with his fellow Madison music scene friends Steve Marker and Duke Erikson, and Scottish frontwoman Shirley Manson, is releasing its intense seventh album, “No Gods No Masters,” on June 11.

“Garbage would not have happened if ‘Nevermind’ hadn’t happened,” Vig said.

Following “Nevermind’s” success, Vig and Marker, who together in 1983 had established the since-shuttered Smart Studios in Madison, were busy doing remix work for A-listers like U2 and Nine Inch Nails. Garbage was born from those experiences, signing a record deal based on Vig’s reputation and establishing its novel mix of big pop hooks, grunge grit and electronic elements.

An album of the year Grammy nomination, 13 million in record sales and a James Bond movie theme song followed, before the burnt-out band abruptly canceled a tour in 2005 and went on hiatus.

“No Gods No Masters” is Garbage’s third album since the original foursome reunited in 2009.

“We went in early 2019 to Palm Springs and stayed at a family house there that wasn’t being used, set up all our gear in a big living room and just jammed for two weeks,” Vig said. “All the songs sort of came from that.”

At first, Vig thought the album would go in a more orchestral direction. But as Manson was writing lyrics at additional studio sessions in Los Angeles, the arrangements “became much more angular and fractured and claustrophobic in some instances.”

“It was a direct result of trying to match the intensity of what Shirley was singing,” Vig said. “She said, ‘We can’t make a party record or a feel-good record.’ … With the news we’re seeing and living under Trump, every day is chaos. The record is definitely a reflection of the world we live in.”

‘The most political album that we’ve made’

The scathing opening track “The Men Who Rule the World” slams those in power “fleecing all the people all the (expletive) time,” and scorns the sexist judgment women face when coming forward with accounts of being assaulted in the wake of the #MeToo movement.

“Godhead” examines how men are at the center of many aspects of society, while the title track was inspired by political protests Manson witnessed firsthand in Santiago, Chile.

And then there’s the seething, slow-burning centerpiece “Waiting for God,” which examines ongoing complicity in police killings of unarmed Black men and women, and injustice for their loved ones.

“If it was 15 or 20 years ago, I think we might have been uneasy to be so kind of explicit and pointed in terms of what we’re trying to say,” Vig said. “But I think at this point in our career, we can kind of do whatever we want. We know we’re not going to get played on pop radio. … This just felt like the record that we had to make.” 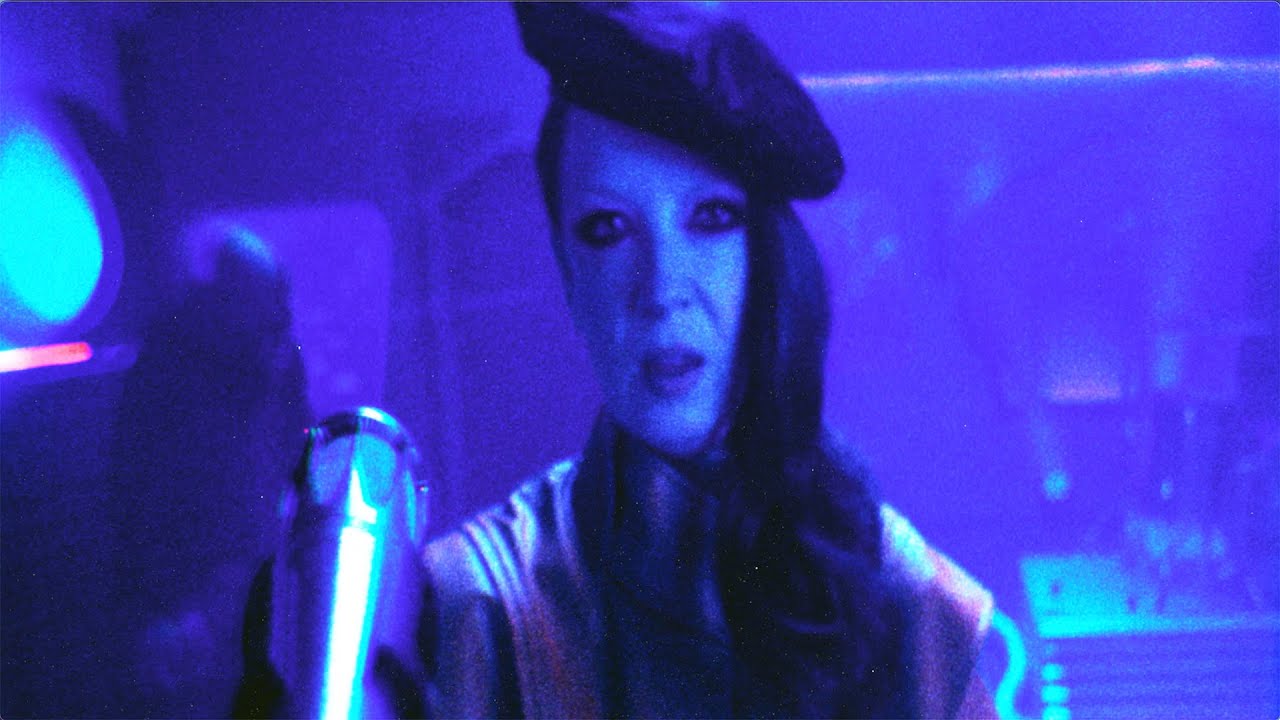 “It has been a great creative outlet for all of us,” Vig said of Garbage. “It’s something that we just want to keep doing. As long as we’re walking, I think we’re going to keep making music.”

In fact, the members of Garbage have already started talking about the next album, but recording will likely be on hold until late 2022, Vig said. The band has touring obligations that start with a rescheduled U.S. amphitheater run with Alanis Morissette and Liz Phair from August through October.

The routing may force Vig to open that really expensive bottle of wine on the road. As fate would have it, he’ll be with Garbage in Nirvana’s home state of Washington around the 30th anniversary of “Nevermind’s” release.

“I’ve been talking with Dave (Grohl), and I don’t think they are going to do as much as they did with the 20th or 25th anniversary,” Vig said. “But they’ve got a few things that they haven’t really told me. I think they’ve been digging through the archives to find some things that they can bring out to just treat the hardcore fans.”

In the late ’80s, Vig got the attention of Jonathan Poneman, co-founder of Nirvana’s first record label Sub Pop, with his work on Madison hardcore band Killdozer’s 1988 album “Twelve Point Buck.” Poneman sent Nirvana to Smart Studios to record demos in April 1990 for what would be “Nevermind.”

The band and Vig worked on “Nevermind” at Sound City in California in May and June 1991. At the time it was the biggest-budget project Vig had ever produced.

But Vig and Nirvana smartly opted for a “really simple” sound and production aesthetic, Vig said, which helped “Nevermind” become the world-changing classic that it is.

“To me, the most intense song on ‘Nevermind’ is ‘Something in the Way,'” Vig said. “I think Kurt was singing in a way almost being autobiographical, about being the hermit underneath the bridge. … We tried to cut that song live. … Kurt started to play it on his acoustic guitar … and Dave even playing quiet really overwhelmed everything. Kurt got really frustrated, and he came into the control room and laid on the couch on his back and started playing the song and singing so quiet, the words were barely coming out of his mouth.”

“And I said, ‘Stop, stop,’ and I kicked out Dave and Krist and the assistant engineer and I put a mic by his vocal, and cut off the telephone and the fan and everything,” Vig continued. “And we recorded with just him and his guitar on the couch across from me in this control room. And then we had to build the song up piece by piece. … That took the most work, and I think because of that and the nature of how Kurt approached it and his singing, that is one of the most powerful songs on the record.” 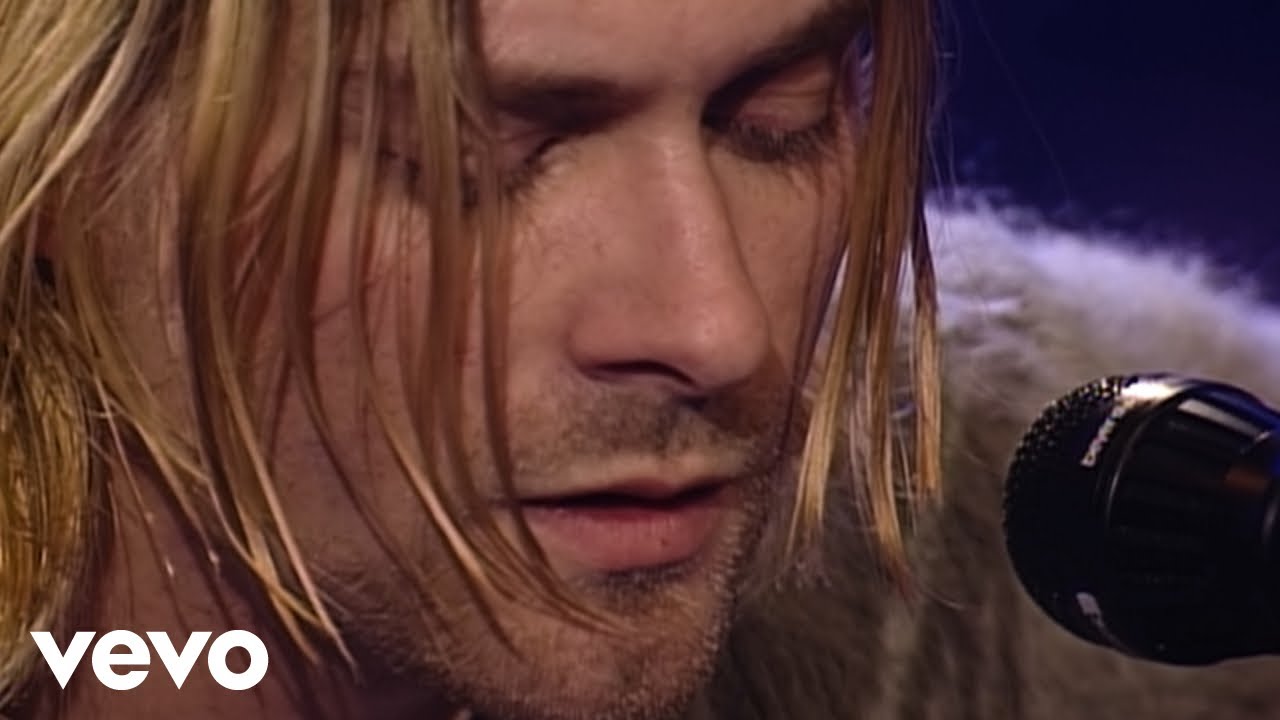 Vig didn’t really grasp just how big Nirvana and “Nevermind” would be until he caught a show on Oct. 12, 1991, at the Metro in Chicago. It was a few weeks after the album’s release, but before it topped the Billboard album charts in early 1992.

“There was a line all the way around the block,” Vig recalled. “When they started playing, there was like this buzz in the air, and people started screaming and crying when they launched into that first song. It was like Beatlemania, and I kind of freaked out. I was like, ‘Wow, something is happening here.'”

“It was that zeitgeist moment that the world needed coming out of the ’80s and early ’90s,” Vig said of “Nevermind.” “It was perfect timing.”

Even though Vig feels the album “still sounds pretty fresh and vital,” he said he thought that if “Nevermind” were released today, “I don’t know if you would have the same impact.” That artist for 2021 is Billie Eilish, Vig suggested, who happens to be a longtime family friend and neighbor; she would come to Vig’s family’s home for pool parties when she was a kid, and her mother taught Vig’s daughter piano.

And while “Nevermind” will always be “very much a part of life for Gen X people,” it’s seeing people Eilish’s age becoming Nirvana fans that’s been most gratifying for Vig, 30 years later.

“The cool thing is seeing my daughter who is 15 and her friends starting to discover Nirvana,” Vig said. “What Kurt was singing about, that was a reflection of what a lot of people at the time were going through. … They knew they were unhappy and they couldn’t articulate what that was, and Kurt was expressing that. … It’s cool to see a whole new generation of young fans getting turned on by the record in the same way.”

Beyond the ongoing influence of Vig’s work, he is also directly helping a new generation of artists in Wisconsin.

Following an introductory virtual group session this spring, Vig is expecting to begin one-on-one sessions this month for the Radio Milwaukee program, with rapper The Oshi, gospel singer and producer Elder Mac, and singer-songwriters Valerie Lighthart and Maxwell James.

“I’m kind of blown away by the level of talent,” Vig said. “The new generation of artists is a lot smarter than the generation I grew up with. … All of the artists that have been chosen are going to be coming up with some incredible music, and hopefully through me and other people in the program, they’re going to learn not just about production and songs but about the whole expanse of the music business.”

“Being from Wisconsin, we were kind of looked over,” Vig continued. “Everything was on the East Coast or the West Coast. … Obviously with the Internet you can kind of be anywhere now and successful. … I’m excited to be giving back in my home state.”

Piet also talks concerts, local music and more on “TAP’d In” with Evan Rytlewski. Hear it at 8 a.m. Thursdays on WYMS-FM (88.9), or wherever you get your podcasts.

Prince Harry hits back at report on baby name in rare rebuke, says he consulted queen in advance

More rain, possible floods in the forecast for swamped South

High cholesterol: What to do when the condition is hereditary