Talent is the ultimate deciding factor in winning baseball games. If you don’t have good players, most of the time you’re not going to win.

It’s the manger’s job to put those players in the right position to succeed.

Today’s question is: How many extra wins will a good manager give a team over one with a bad manager? It’s almost impossible to answer, especially with the increasing emphasis many teams’ front offices place on analytics that end up taking some decisions out of their managers’ hands.

NEVER MISS A PLAY:Sign up for your daily sports newsletter now

WHAT HAPPENED? The NL East was supposed to be MLB’s best division

However … we might get a more definitive answer this season than any in recent memory thanks to the Chicago White Sox.

When 76-year-old Tony La Russa was named manager of the Chicago White Sox this winter after spending the last decade as an executive and consultant, it raised questions about whether the game had passed him by.

So far this season, those questions remain pertinent.

After an April 27 game, La Russa admitted being unaware starting pitcher Lucas Giolito  was tiring in the late innings and leaving him in the game too long. In another game, he chose not to pinch-hit for light-hitting Billy Hamilton, trailing by three runs with two on and two out because he “was looking for a single.”

In a National League park with the game tied 0-0 in the ninth, La Russa double-switched closer Liam Hendriks in place of left fielder Andrew Vaughn, who made the last out in the top of the inning.

When the White Sox came to bat in the top of the 10th, Vaughn’s lineup spot was the designated runner to be placed at second base. So La Russa sent Hendriks out as the potential go-ahead run.

Under MLB’s new extra-innings rule, if the pitcher’s spot is due start the inning at second base, a manager can instead choose “the player preceding the pitcher in the batting order.”

La Russa was unaware of the rule. When asked about it by a reporter, he responded, “I’m guessing you know the rules better. Now I know.”

Hendriks advanced to third base in the top of the 10th, but didn’t score. Then in the bottom of the frame, he gave up a game-winning single to the Reds’ Jesse Winker.

Would Hendriks have done the same thing if he hadn’t been out running the bases? No one knows for sure. But it didn’t make his job any easier either.

Even with the loss, the White Sox have a 16-13 record, the best run differential in the American League and are just a half-game out of first place in the Central division. But it’s hard not to wonder how far ahead they could be with someone other than La Russa calling the shots in the dugout.

The Philadelphia Phillies are part of a jumbled mess in the NL East division.

They’ve struggled offensively and especially defensively so far, but still find themselves as the only team in the division above .500 as play begins on Thursday.

Shortstop Didi Gregorius has been one of the biggest contributors to the Phils’ defensive woes. His negative-7 defensive runs saved is tied with the Reds’ Eugenio Suarez (a third baseman playing shortstop) for the worst mark in the majors.

However, Gregorius’ bat did serious damage in a 5-4 win over the Milwaukee Brewers as his first-inning grand slam gave the Phillies pitching staff just enough support.

Gregorius is also the answer to an interesting bit of trivia. Wednesday’s grand slam was the eighth of his career. No other active player has more.

Waiting on you, Cleveland

The baseball team in Cleveland is intimately familiar with being forced to wait a long time.

After the Chicago Cubs defeated them in the 2016 World Series, ending a 108-year drought without a title, Cleveland took over as the MLB team with the longest championship dry spell. It’s been since 73 years since Cleveland won it all in 1948.

With the Baltimore Orioles’ John Means tossing a no-hitter in Seattle, we look into the MLB record book and find the team that’s gone the longest without a no-no … You guessed it: Cleveland. 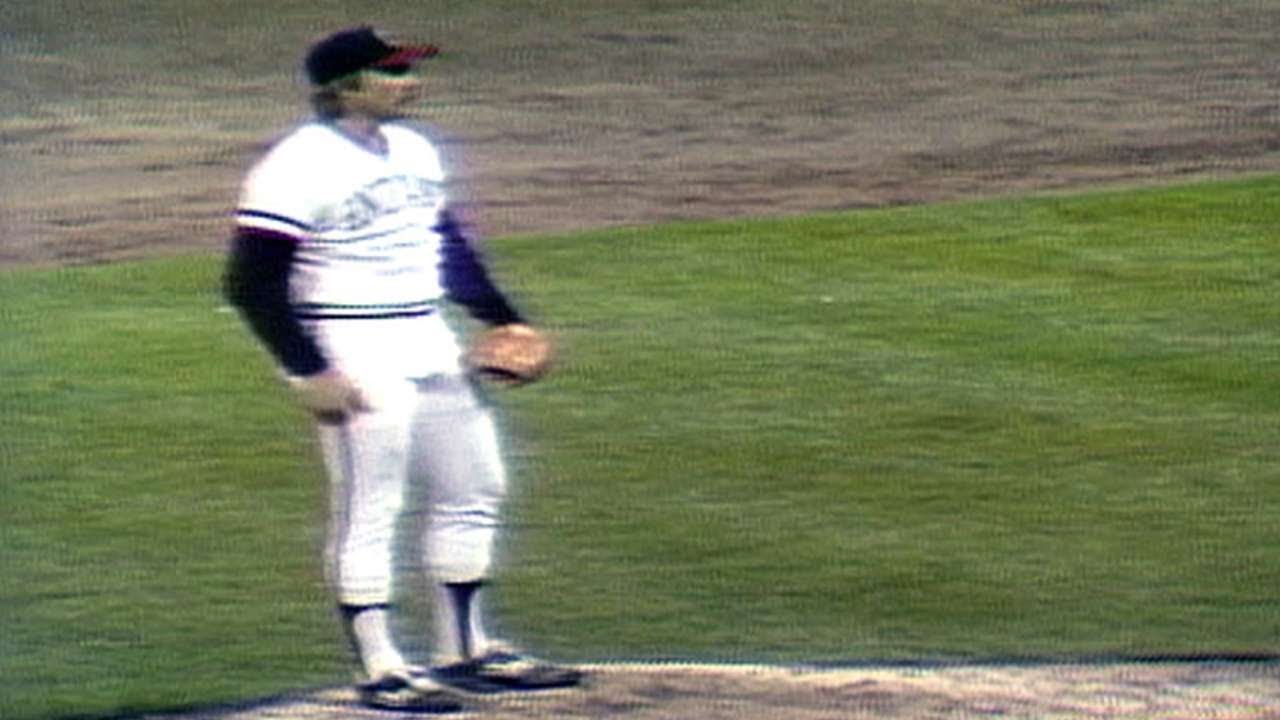 Len Barker’s perfect game on May 15, 1981, is the last no-hitter by anyone in a Cleveland uniform. Unless someone can throw one in the next nine days, the no-no-hit streak will reach a full 40 years.

'Zoey's Extraordinary Playlist,' 'The Rookie' top 2021 Save Our Shows poll

'Zoey's Extraordinary Playlist,' 'The Rookie' top 2021 Save Our Shows poll

Lawyers deliver drama on TV, but witnesses and evidence star in the Derek Chauvin trial

In wake of Floyd, Taylor killings, should police have power to enter your home without a warrant?

'What more can you do to us?': Flooding swamps Louisiana, killing 2; rainfall in Lake Charles possibly a 100-year event

One hour! Countries in risk zone as debris size of 10-storey building crashes to Earth