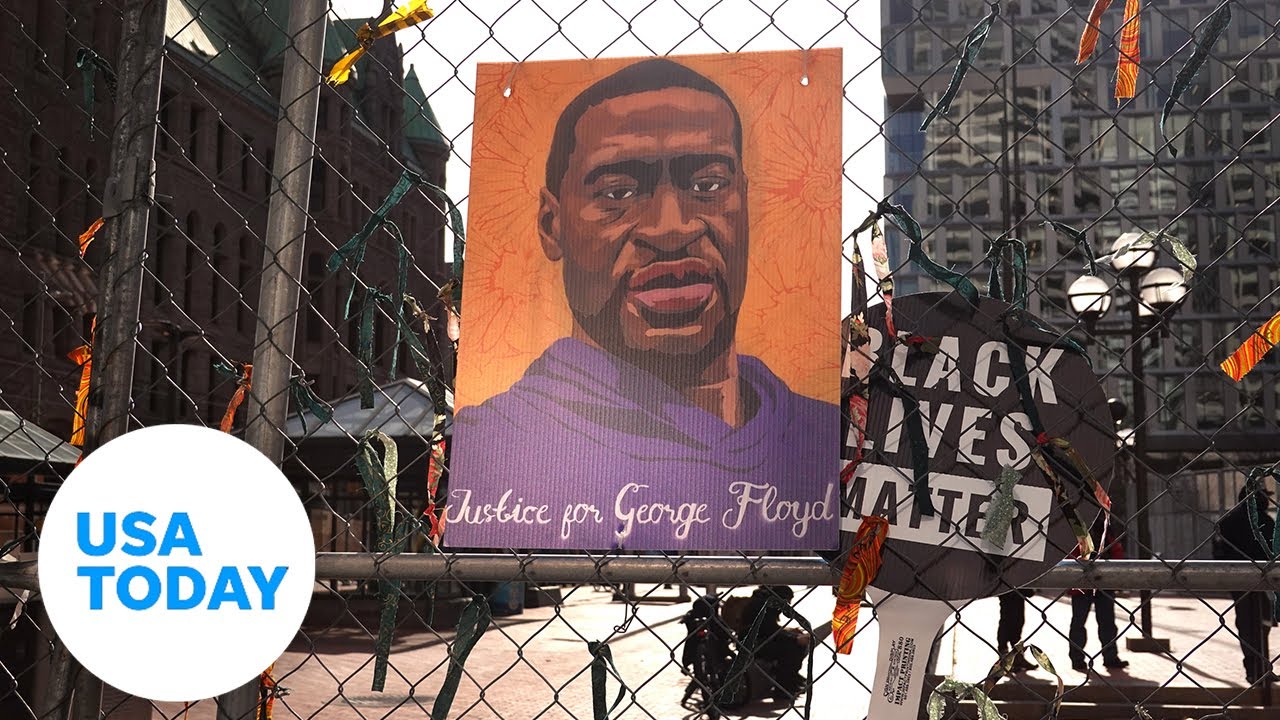 MINNEAPOLIS — More witnesses took the stand Tuesday in the trial of former Minneapolis police officer Derek Chauvin, including a mixed martial arts fighter, the teenager who recorded a video showing the death of George Floyd, and her 9-year-old cousin.

A 9-year-old girl who wore a shirt with the word “love” on it the day George Floyd died testified Tuesday morning. She’s the cousin of Darnella Frazier, the teen who took video of the incident.

“I saw an officer put the knee on the neck of George Floyd,” the girl said, referring to Chauvin. “The ambulance had to push him off of him. … They had some guys take him off of him.”

When prosecutor Jerry Blackwell asked the girl how she felt about what she saw, she said she was “sad and kind of mad.”

“And tell us why were you sad and mad,” Blackwell said.

“Because it feel like he was stopping his breathing and it was kind of like hurting him,” she said.

The defense did not ask her any questions, and she was excused within five minutes of taking the stand.

Darnella Frazier, teen who recorded video, ‘stayed up apologizing to George Floyd for not doing more’

Darnella Frazier told jurors Tuesday she was on the way with her cousin to Cup Foods – where she’s been “hundreds, maybe even thousands” of times – when she saw a man “and a cop kneeling down on him.” She said she quickly ushered her cousin into the store.

Frazier recently turned 18, and only the audio of her testimony was livestreamed from the courtroom. She could be heard crying. “It seemed like he knew. It seemed like he knew it was over for him,” Frazier said in a comment that was stricken from the record because she isn’t allowed to testify about what Floyd was thinking.

“When I look at George Floyd, I look at my dad. I look at my brothers, I look at my cousins, my uncles, because they are all Black,” Frazier said as she broke down in tears again. “I look at how that could have been one of them.”

Answering a question from prosecutor Jerry Blackwell, Frazier said she would not characterize the group watching from the sidewalk as unruly. She said no one threatened the police officers or became violent with them. The only violence she witnessed, she said, was “from the cops, from Chauvin and Officer (Tou) Thao.” Thao was the officer who stood between Chauvin and the crowd, warning them to stay back.

Frazier said she felt in in danger because officers placed their hands on their chemical spray when she or others in the group tried to move closer to Chauvin and Floyd. “I didn’t understand why the Mace was even needed at all,” she said. According to court filings, Chauvin reached for his Mace repeatedly.

Trump is wrong. The disgrace is that offensive names like Cleveland Indians lasted so long.

‘End of the EU!’ Donald Tusk warns internal conflicts will destroy the bloc amid standoff

Officer identified as a 26-year veteran in fatal police shooting of Daunte Wright: What we know

Cuomo's VIP tests may have violated state law. But who should investigate?

Why did 45 million grasshoppers swarm Las Vegas in 2019? Bright lights weren't the only factor.