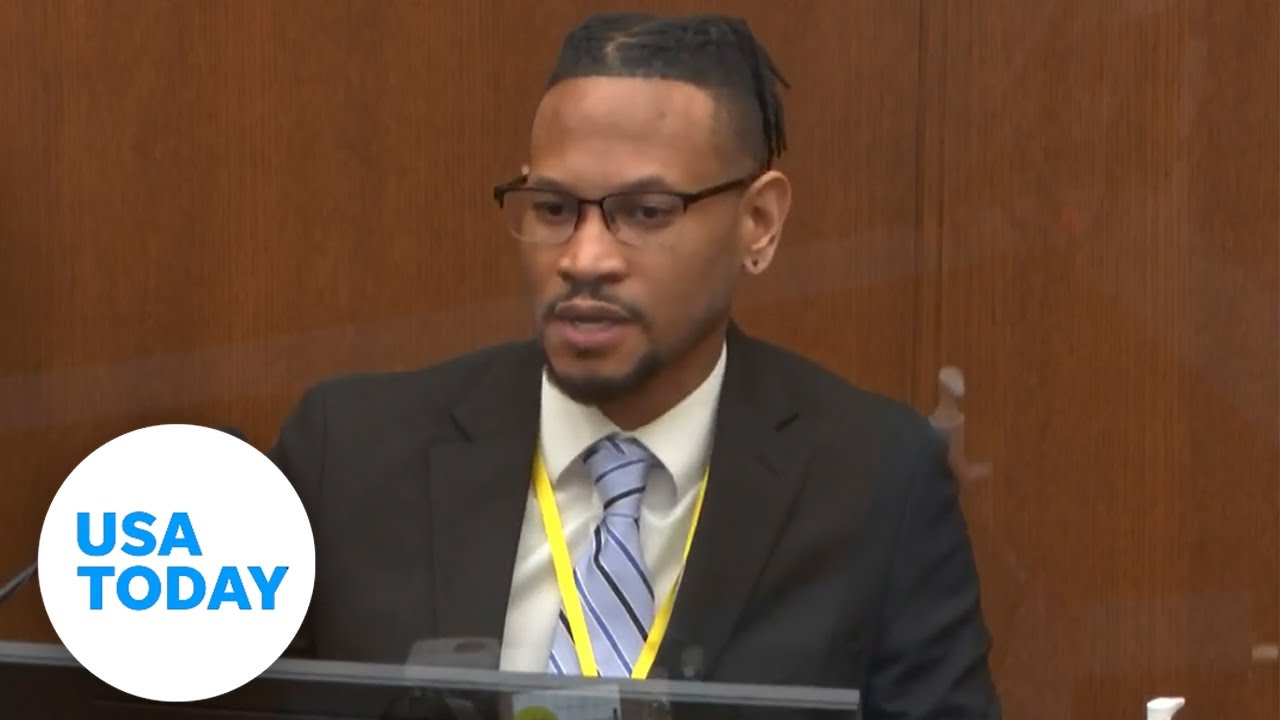 Veteran officer Lt. Richard Zimmerman told the court Friday that kneeling on the neck of a suspect is potentially lethal and there is “absolutely” an obligation to provide medical intervention as soon as necessary. Zimmerman called Chauvin’s use of force on Floyd “totally unnecessary.”

“Holding him down to the ground face down and putting your knee on the neck for that amount of time, is just uncalled for,” he said.

Lt. Richard Zimmerman, the Minneapolis Police Department’s most senior officer in terms of years served, testified Friday about the training officers receive. He said every officer has to do an annual refresher course on the department’s use of force protocol. This includes physical training.

Zimmerman described the Minneapolis Police Department use of force continuum, which ranges from establishing a presence at a scene; using voice to defuse a situation; using soft force; taking someone by the arm; using harder force, MACE or nightstick; and finally deadly force.

Zimmerman said he was never trained to kneel on the neck of a suspect who is prone, meaning lying flat.

“That would be the top level of force,” he said.

Zimmerman noted that if a person becomes less combative “you could sit them on a curb.” He said he has been trained in the prone position since 1985.

“Once a person is in handcuffed, you need to get them out of the prone position as soon as possible because it restricts their breathing,” said Zimmerman. “If you’re laying on your chest, that’s constricting them (breathing muscles) even more.”

He noted that Minneapolis police officers are trained to abide by the use of force continuum, which involves evaluating and changing the level of force used on a person depending on the threat they face. When a person is in handcuffs, “the threat level goes down all the way,” Zimmerman said.

Police are first responders, which means they can do CPR or chest compressions. They are trained on it every other year or so. He said there is “absolutely” an obligation to provide medical intervention as soon as necessary.

He reviewed body camera footage of the incident and agreed that Chauvin’s knee on Floyd’s neck was a use of force and that there was no change in that force until an ambulance arrived.

The restraint should have stopped while he was prone on the ground and when it appeared he had not been resisting, he said.

“Absolutely, I would stop,” Zimmerman said.

He asked the officers to get out of their squad car, which was running, and that all of Keung and Lane’s belongings be left in the car. The Bureau of Criminal Apprehension arrived to take possession of the squad car and Floyd’s car.

Keung and Lane went with other officers to the interview room at City Hall. Agents from the Bureau of Criminal Apprehension then took over the scene and told Edwards and his officers could take down the crime scene tape and leave the area.

'Beyond seriously:' Donald Trump (again) teases another presidential run in 2024

Lawyers in Derek Chauvin's murder trial zoom in on training, drug use, and viral video