Grounded cargo ship Ever Given floating, moving through Suez Canal: 'We pulled it off!' 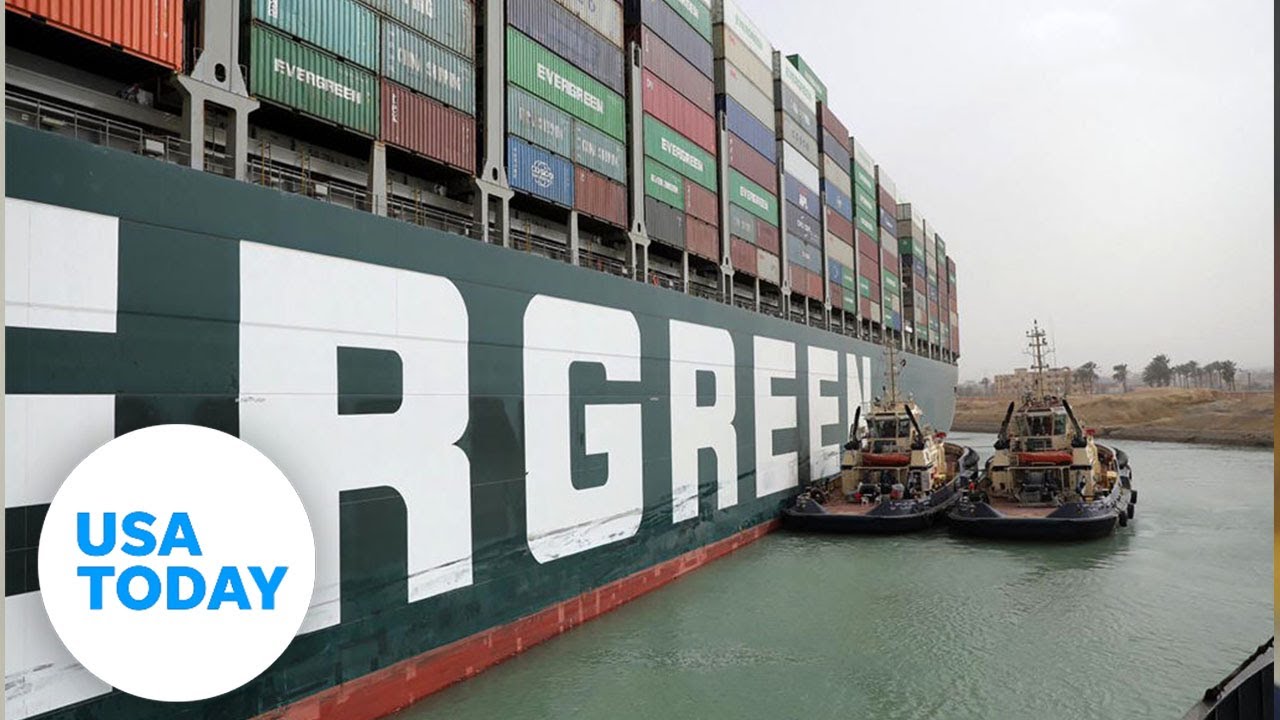 One of the largest ships in the world was refloated and moving through the Suez Canal on Monday after being grounded for almost a week, blocking a crucial global waterway.

Hopes heightened that hundreds of waiting ships would soon be sailing through the canal. A salvage team of tugboats was pulling the Ever Given toward the Great Bitter Lake, a wider stretch of water in the middle of the canal where the ship will undergo technical inspection, canal authorities said.

“We pulled it off!” Peter Berdowski, CEO of Boskalis, the salvage firm hired to extract the Ever Given, said in a statement. “I am excited to announce that our team of experts, working in close collaboration with the Suez Canal Authority, successfully refloated the Ever Given … thereby making free passage through the Suez Canal possible again.”

The 120-mile-long shipping link between the Mediterranean and Red seas carries about 13% of world trade, said German insurer Allianz. The firm estimated the cost of the blockage in global trade at up to $10 billion per day.

The stern of the Ever Given, which had been grounded about four yards from the bank, earlier had been swung more than 100 yards away, the Egyptian-owned Suez Canal Authority said in a statement.

“This was the result of successful push and tow maneuvers, which led to the restoration of 80% of the vessel’s direction,” the statement said.

Admiral Osama Rabie, who manages the authority, pledged the more than 360 ships awaiting passage would start to flow through the canal soon.

How the ship get stuck in the Suez Canal: The world’s heaviest traffic jam

“Today, the Egyptians have succeeded in ending the crisis of the delinquent ship in the Suez Canal despite the tremendous technical complexity that surrounded this process from every side,” he tweeted.

It will take more than three days to clear the traffic jam once the Ever Given is moved, the authority said. The global shipping company Maersk estimated it could take twice that long.

“The ripple effects on global capacity and equipment are significant,” the company said in an advisory statement for customers.

Maersk said it has three vessels stuck in the canal and another 29 waiting to enter. The company has rerouted 15 vessels to sail around Africa. Removing some or all of the load in an effort to lighten the ship would have taken weeks and add to the growing backlog of ships awaiting passage.

The Panamanian-flagged cargo ship Ever Given weighs 220,000 tons, spans nearly a quarter-mile long and carries 20,000 containers. The ship, almost as long as the Empire State building is tall, spun around and ran aground in high winds a week ago.

OK, but will there be snacks? As workers return to the office, some perks like Taco Tuesdays may be in question

Mask wars: As stores update COVID-19 policies for vaccinated customers, are more conflicts on the horizon?

Experts' take: Will LeBron James' injury cause a ripple effect at the NBA trade deadline?

What if the 'The Great Gatsby' was unquestionably queer? This author went there

EU on brink: Norway shows why the European project 'will fail big time'