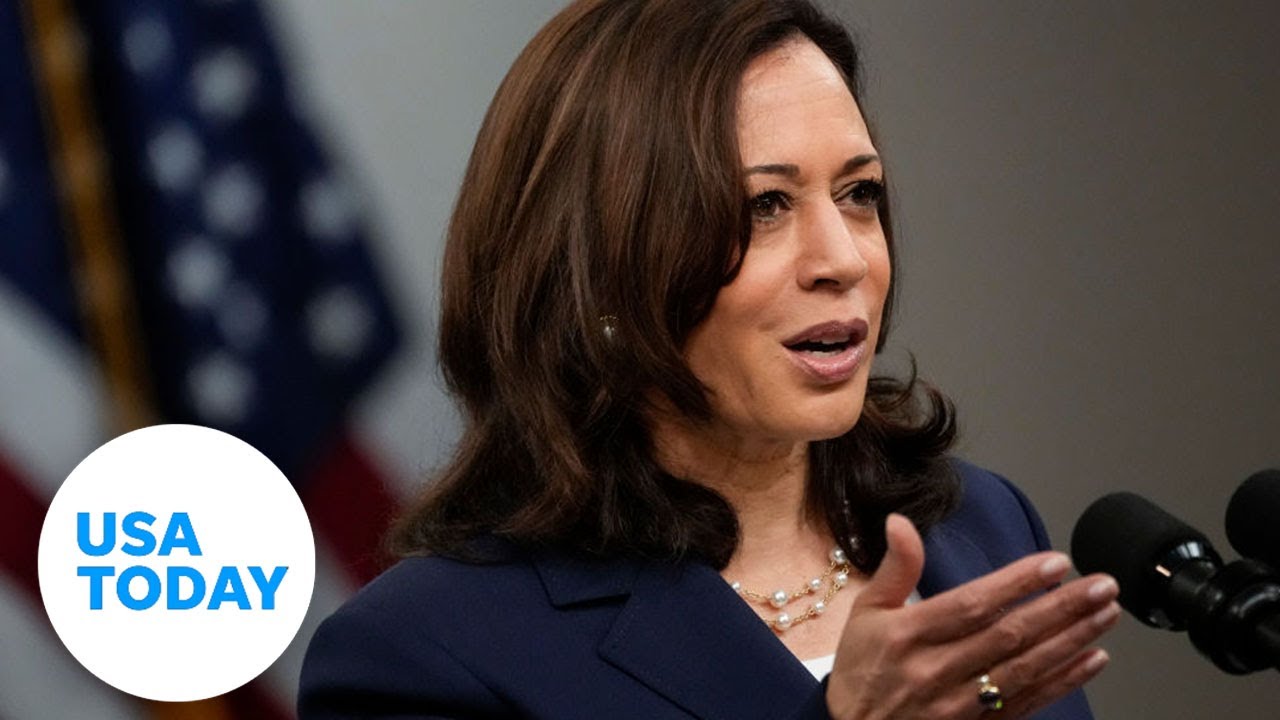 GUATEMALA CITY, Guatemala – Vice President Kamala Harris in a trip to Guatemala Monday announced new initiatives to address corruption and human trafficking in the region, and continued to urge people from Central America to not come to the U.S.-Mexico border.

“There are many reasons why this is one of our highest priorities which I think the people of Guatemala know well, and the people of the United States understand well,” Harris said during a press conference after a bilateral meeting with Guatemalan President Alejandro Giammattei. “If we are to be effective, if we are to be true to our principles, we must root out corruption wherever it exists, and that is one of our highest priorities for that reason.”

“Corruption does not know borders, and we want to make sure that this is about transnational crime, and we have to follow the money, and we have to stop it,” Harris said. “And that’s what we intend to do.”

In addition, a new law enforcement task force, called the Joint Task Force Alpha, has been established to enhance enforcement efforts by the United States against human smuggling and trafficking groups in Mexico and the Northern Triangle countries of Guatemala, El Salvador, and Honduras.

“I have personally worked on these cases in my career, and can say that when we see some of the most vulnerable in our communities being taken advantage of, being sold for profit, being abused, it should be a priority for all of us who care about the human condition and humanity,” Harris said.

Harris is in Guatemala and travels to Mexico Monday evening, part of a two-day trip aimed at addressing the flow of Central American migrants coming to the U.S. border

Over the past several months, Harris and her team have worked closely with Guatemala and Mexico as she’s taken the lead in finding solutions to the root causes of migrants coming from Central America, which includes people escaping violence and corruption in their home countries. Officials said a key focus of her trip to Guatemala would be tackling corruption in the region.

“Corruption really does sap the wealth of any country, and in Central America is at a scale where it is a large percentage of GDP across the region,” special envoy Ricardo Zuniga said. “We see corruption as one of the most important root causes to be dealt with.”

Aides say part of that strategy is creating better living conditions and economic opportunities for people in the region through investment. Last month, Harris secured the commitment of 12 U.S. companies and organizations — including MasterCard, Microsoft and Chobani — to invest in Guatemala, Honduras and El Salvador, the Northern Triangle counties that are the focus of the U.S. when it comes to slowing the pace of migrants.

Harris in May also announced the United States is investing $310 million in new funds for humanitarian relief in Guatemala, in addition to El Salvador and Honduras.

A senior administration official said there are no plans to announce additional aid allocation on the trip, adding the focus is going to be on seeking cooperation on issues including combating gender-based violence and investing in civil society groups.

The vice president will try to secure cooperation on border security and economic investment, but her chief spokeswoman Symone Sanders noted that vaccine sharing would also be “on the table for discussion.”

Last week the Biden administration announced it would deliver an initial 25 million surplus vaccines to countries through the global vaccine alliance known as COVAX, aimed at helping poor countries inoculate their populations. Harris called Giammattei to notify him that Guatemala would receive 500,000 doses ahead of their meeting, Sanders said. One million excess doses are also heading to Mexico, where Harris will meet with President Andres Manuel López Obrador.

Why Guatemala is key

Paul Angelo, a fellow for Latin America Studies at the Council on Foreign Relations, said there are two top reasons why the U.S. is focusing on working with Guatemala: its geographical location and because it’s the only country in the Northern Triangle the U.S. can work with.

Guatemala borders Mexico to the south, and it is north of El Salvador and Honduras. Individuals from the latter two countries would have to pass through Guatemala before reaching Mexico and eventually the U.S. border.

“Guatemala is the link between Central America and Mexico,” Angelo said. “It’s geographically situated in such a way that it provides a geostrategic advantage for slowing migration.”

In April, Guatemala deployed more than 1,000 police and military officials to its southern border to help mitigate migration from Honduras and El Salvador.

But Guatemala is also one of the main countries the United States is negotiating with due to its government.

“Our relationship with Guatemala is a more positive relationship than the kinds of diplomatic relations that the U.S. currently enjoys between El Salvador and Honduras,” Angelo said.

Honduran President Juan Orlando Hernández has been alleged as a co-conspirator in drug trafficking and is under investigation by the Department of Justice. He’s also faced criticisms of corruption in his reelection campaign. In El Salvador, President Nayib Bukele has most recently been criticized for firing the attorney general and multiple supreme court judges.

Zuniga has been leading discussions with El Salvador and Honduras, but Harris has yet to meet with those nation’s leaders.

“Against that backdrop, Guatemala looks like a pretty good contender for our partnership,” Angelo said, adding that Giammattei “is a bit more amenable to working with United States on any number of issues of bilateral concern, and is less compromised, than his counterparts in the other Northern Triangle countries.”

Corruption in Guatemala is an issue

However, Guatemala faces its own issues with corruption, particularly in the court system, which could complicate the vice president’s discussions. Zuniga acknowledged it posed a challenge but said Harris would be very clear with her counterpart about corruption and other issues.

“The best way to deal with these cases where you have a very complex relationship in a country like Guatemala is to talk clearly and plainly as partners, as countries that have to get along,” Zuniga said.

The country recently confirmed judges who are under investigation to the Constitutional Court, and Giammattei recently criticized members of Guatemala’s special prosecutor, who oversees corruption cases.

More:What would a better US immigration system look like? We asked the experts.

Adriana Beltrán, director for Citizen Security at WOLA, a research and human rights advocacy group said Harris will be fighting long-term, systemic challenges, but they will need to be addressed to make lasting change in the region. She said one of the key aspects needed to address the corruption issues facing Guatemala and other Northern Triangle countries is to make clear “the rule of law and governance is indeed going to be the center of their strategy.”

“It means showing our political and financial support to those entities that are working to tackle corruption, like a special unit,” Beltrán said. “It means being very clear about the need to ensure independent courts.”

“More so now what we need is very clear diplomatic efforts,” she added, “because a lot of the reforms that are needed in the region are not necessarily due to lack of technical capacity, but more lack of political will.”

Dozens of popular sunscreens have been contaminated with benzene, a chemical that can cause cancer, report finds

What is Trichotillomania? The 9 symptoms to be aware of

World War 3 fears: Iran to enrich uranium after Israel ‘attack’ – what does this mean?

'Hollywood is not adapted to women': Megan Fox shares 'pressure' of being a working mom

'A once-in-a-lifetime-opportunity': 5 things to know ahead of Aaron Rodgers' two-week run as 'Jeopardy!' host