Spoiler alert! The following contains details from the March 31 episode of “The Masked Singer,” including the identity of the unmasked celebrity.

Crab, with its arched fuchsia eyes and stone-encrusted shell, made its debut as the Group B Wildcard, joining the returning contenders: Black Swan, Chameleon, Grandpa Monster and Piglet.

Once again, Niecy Nash stepped in to fulfill Nick Cannon’s hosting duties since the OG “Masked” emcee tested positive for COVID-19 in February. In addition to the usual clue packages, panelists Ken Jeong, Jenny McCarthy, Nicole Scherzinger and Robin Thicke scanned for clues for the costumed entertainers, the prime time private eyes were also tipped off to the contestants’ first crushes. Here’s how it all played out.

Raccoon is axed on ‘The Masked Singer,’ after Wildcard Orca makes a splash

Clues: It might surprise some that Grandpa Monster doesn’t like his singing very much, but performing in disguise has given his confidence a boost. While singing might not be his main gig, Grandpa Monster has “traveled the world and sold out arenas.”

Grandpa Monster kicked off his performance of Joan Jett’s “Bad Reputation” by ripping up a picture of fellow contestant Piglet. He continued to “blow up” the stage with dancers dressed like dynamite and pyrotechnics.

Clues: Piglet said he was “at home” belting out love songs, which didn’t really fit with his sports-themed clue package. Piglet said he has a “competitive nature that made me a home-town hero.”

The challenger showed off his pipes with Andy Grammer’s “Good To Be Alive (Hallelujah)” before revealing he once had the hots for actress Meg Ryan.

‘Masked Singer’ premiere:Snail is slugged by competition, revealed to be Kermit the Frog

Clues: In her clue package, Black Swan revealed that she and at least one of her parents drifted apart for a time. “The higher I flew, the harder it became for them to keep up,” the contestant said. “I saw their heart breaking, so I had to let them go.” The package also highlighted coins, showing a nickel and a penny.

Black Swan showcased her powerful vocals with “In My Blood” by Shawn Mendes, before revealing her first crush was “Brown Sugar” singer D’Angelo.

Clues: Chameleon revealed in his heart-felt clue package that he suffered the loss of someone close to him. “Now, I honor her memory by fighting for those who don’t feel accepted, because I want everyone to feel proud showing their true colors,” he said.

Physical items possibly giving insight to his identity include: a graduation cap, a piece of cheese and a taxi cab with peaches painted on the door.

Clues: The Group B Wildcard Crab said he achieved his lifelong dream of stardom “in a flash,” and opened up about the “darkness that has followed me and my family.” A calculator showing 2+3 and a framed Mona Lisa might offer further insight to his identity.

Which ‘Masked Singer’ contestant was eliminated? 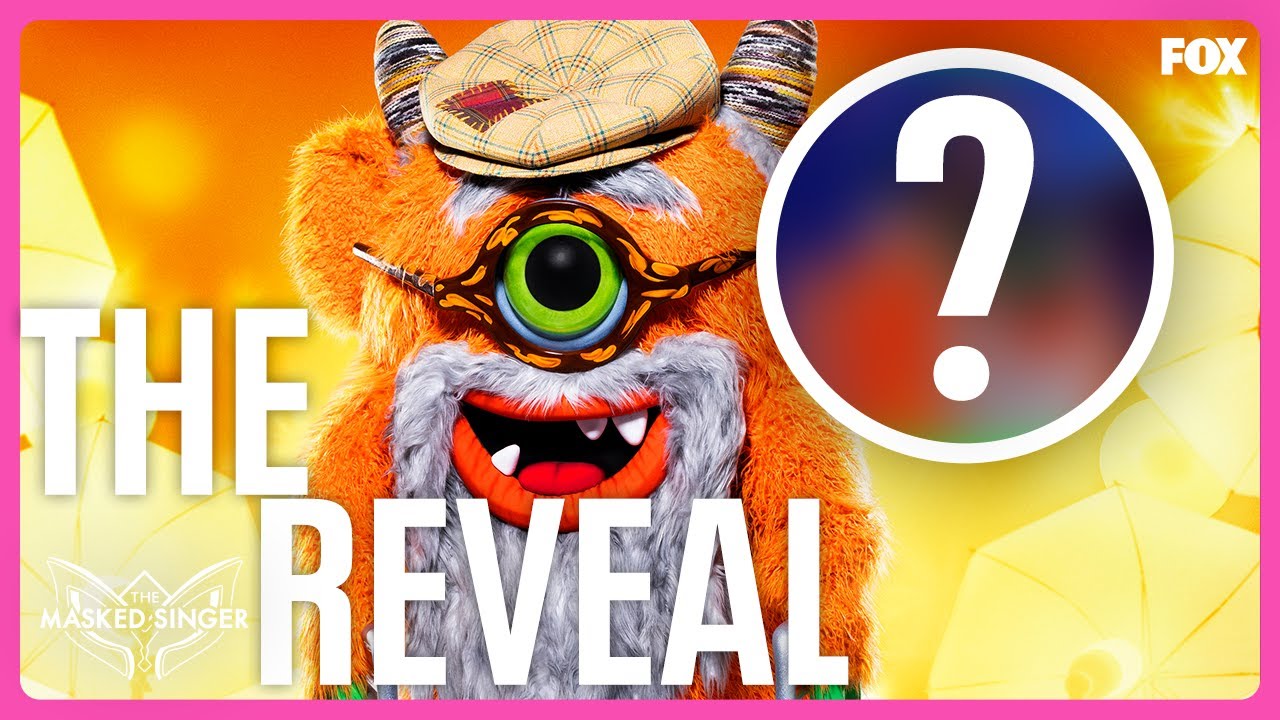 Grandpa Monster was revealed to be the contestant going home this week. Before the star was unmasked, the panel’s initial guesses upon first meeting the contestant were revealed. Thicke’s first instinct – which he kept – was football quarterback Johnny Manziel. McCarthy changed her initial guess of actor Morgan Freeman with wrestler Mike “The Miz” Mizanin. Jeong swapped his initial hunch of ex-Dallas Cowboys player Emmitt Smith for his guess earlier in the night, Hart. Scherzinger swapped her first instinct of New England Patriots QB Cam Newton with Paul, who she brought up earlier in the show.

The reveal of actor and YouTuber Logan Paul shocked Scherzinger. “I cannot believe that!” she said before lying across the panel’s table.

Grandpa Monster described his time on the show as both intimidating and freeing.

“Singing is so scary for me,” he said, “and being in this costume, ironically, as restrictive as it is, you feel so free in here. It was a lot of fun.”

Episodes of “The Masked Singer” can be viewed on Fox’s website.

Ariana Grande set to join ‘The Voice’ as coach, replacing Nick Jonas for next season

‘The Voice’:Kelsea Ballerini fills in for sick Kelly Clarkson, who tested negative for COVID-19

DK Metcalf is running the 100-meter dash – and U.S. track athletes are licking their chops

Is Bennifer back? Here's a look at Jennifer Lopez and Ben Affleck's relationship

Abnormal temperatures are baking the Western US in triple digits. These heat waves could become the new normal.