Legoland New York: Get a first look inside the theme park opening this summer 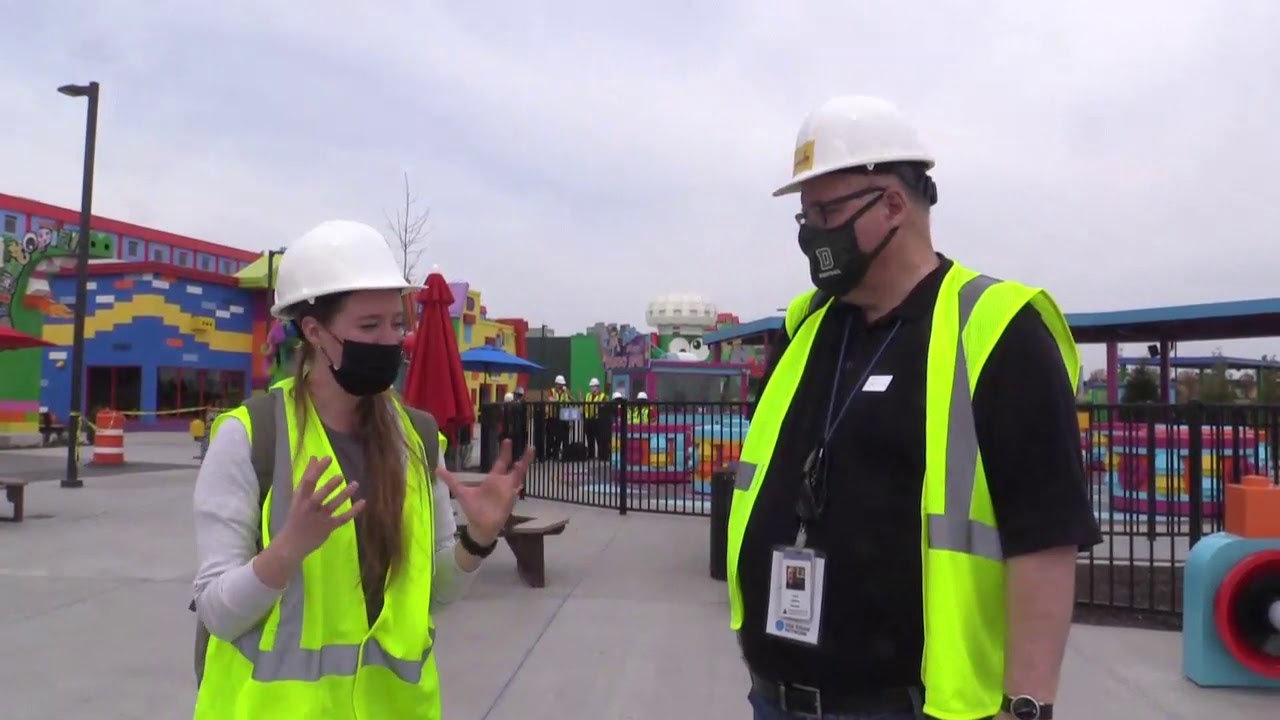 GOSHEN, N.Y. – After three years of construction, Legoland New York opened its gates to members of the media Wednesday for a tour of the 150-acre theme park, which is still under construction in some parts.

Park officials said the resort will open “this summer,” but wouldn’t confirm a specific opening date.

Before the COVID-19 shutdown, the $500 million resort was expected to open July 4, 2020. The park is located off Route 17 in southern New York and is expected to become a major tourist attraction in the region, drawing 10,000 visitors a day once in full swing.

The park consists of Lego-themed rides, Lego-building areas and other attractions, along with a 250-room hotel.

One-day tickets must be bought online and cost $72 for visitors 13 and older, and slightly less for younger kids.

Walking into the park under the massive entryway sign, guests are met with an explosion of color — blue and yellow buildings tower over Brick Street, the name of the resort’s main entry, and yellow Minifigures the size of first-graders are positioned everywhere, frozen in action.

More than 15,000 Lego models are placed throughout the park. One of the biggest — an 11-foot-tall dinosaur named Brad (short for “big red awesome dinosaur”) — towers over anyone who walks through the park’s gate. More than 182,000 bricks were used to build him, officials said.

The park will feature seven different themed “lands” — like Miniland, Ninjago World and Bricktopia. Each section of the park offers different activities, rides and food and drink options.

One of the attractions is unique to Legoland New York: Professor Brick’s Lego Factory Adventure Ride is an interactive experience that will use facial recognition to create a digital version of the passenger during the ride.

Other features are hallmark Legoland attractions — Miniland, which is home to Lego versions of recognizable buildings from New York City; Las Vegas; and Washington, D.C., is still under construction at the New York resort.

Another popular roller coaster at other Legoland resorts, The Dragon, is also under construction still at the Goshen site. The massive structure can be seen from the highway.

Colorful characters are hidden in plain sight throughout the park, with many features placed at a level best suited for young children. The Lego creations range from beautiful to comical — larger-than-life white and yellow flowers, a mother deer and her fawn, and even a bunch of monkeys loading a cannon with bananas are just a few on display.

How COVID-19 precautions will work

The park has been cleared to open since April 9.

That’s when New York allowed outdoor amusement parks to resume operations with a 33% capacity limit and requirements to screen visitors, maintain social distancing and take other precautions to limit the spread of the coronavirus that causes COVID-19.

Once it opens, the park plans to admit no more than 7,360 visitors as long as the 33% capacity limit is in effect, according to the 71-page opening plan it submitted to the Orange County Health Department.

Other parts of that plan: No one with a temperature over 100.4 will be allowed in the park or its hotel.

Visitors must wear masks unless eating at tables spaced at least six feet apart. Kids will be spaced out on rides to ensure distancing.

State environmental officers have issued numerous citations throughout the work, mostly for muddy stormwater washing off the site into the Otterkill Creek, prompting $611,550 in total fines.

The state Department of Environmental Conservation issued its latest runoff violation notice on April 12, less than two weeks after reaching its third and latest consent order with Legoland to address earlier violations.

Legoland also got a tax abatement from the Orange County Industrial Development Agency in 2017 that will reduce by an estimated $37 million the property taxes it must pay over 20 years to the Goshen School District, the Town of Goshen, Orange County and other taxing entities.

Its total tax obligation over that period is $89 million.

New US airline has $19 fares, $10 checked bags and flies out of small airports: Meet Avelo Airlines

Chrissy Teigen apologizes to Courtney Stodden for bullying tweets: 'I am ashamed'

Finally tackling that home improvement project? Why you should expect remodeling delays, shortages and higher prices into 2022

Suez Canal blockage: Captain of Ever Given not aiding probe; calamity's cost tops $1B