She’s never shied away from flaunting her sensational curves in slinky ensembles.

And Anna Vakili made sure to showcase her ample cleavage as she put on a very busty display in her latest Instagram snap shared on Thursday.

The Love Island star, 30, set pulses racing as she displayed her assets in a sexy pink lingerie set with a lace detailing. 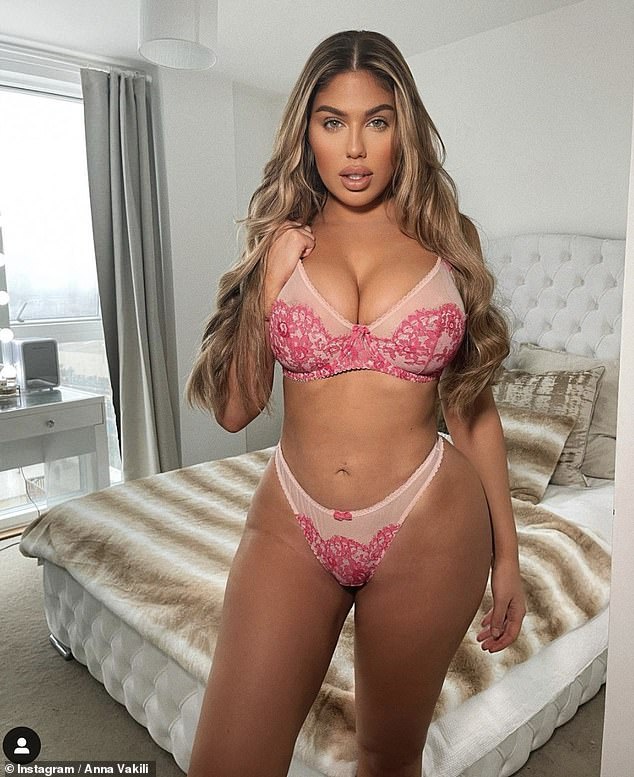 Sizzling: Anna Vakili made sure to flaunt her ample cleavage as she put on a very busty display in her latest Instagram snap shared on Thursday

Anna exuded confidence as she posed up a storm in the slinky two-piece, which boasted a semi-sheer peach material to complement the delicate pink lace.

She added a full face of makeup including a slick of nude lipstick and touch of pink blusher for the bedroom photoshoot.

The beauty completed her sultry look by styling her long caramel locks into waves and letting her tresses cascade over her shoulders.

Anna also jumped to the defence of Love Island pal Yewande Biala, who was recently accused by fellow islander Lucie Donlan of ‘bullying’, in the comments of her snap. 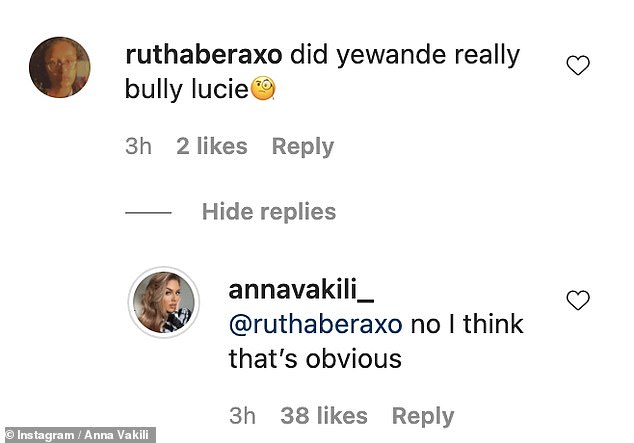 Taking a stand: Anna jumped to the defence of her Love Island pal Yewande Biala, who was recently accused by Lucie Donlan of ‘bullying’, in the comments to her stunning snap

Lucie’s accusations that Yewande bullied her came to light after a screenshot was posted in a Reddit forum, which said: ‘She’s always bullied me. I’m not bothered about her opinion… makes her look bad. Not sure where she said that though!’

Replying to a comment on her lingerie snap on Thursday, Anna penned ‘no I think that’s obvious’ after a fan asked if ‘Lucie really did bully Yewande’.

Yewande also responded with accusations of her own on Monday, saying that Lucie wouldn’t even use her name in the villa as it was ‘too hard to pronounce’.

Taking to Twitter on Monday, Yewande said: ‘You refused to call me by my name because it was too “hard to pronounce” now you wanna say I bullied you !! Bullied’ 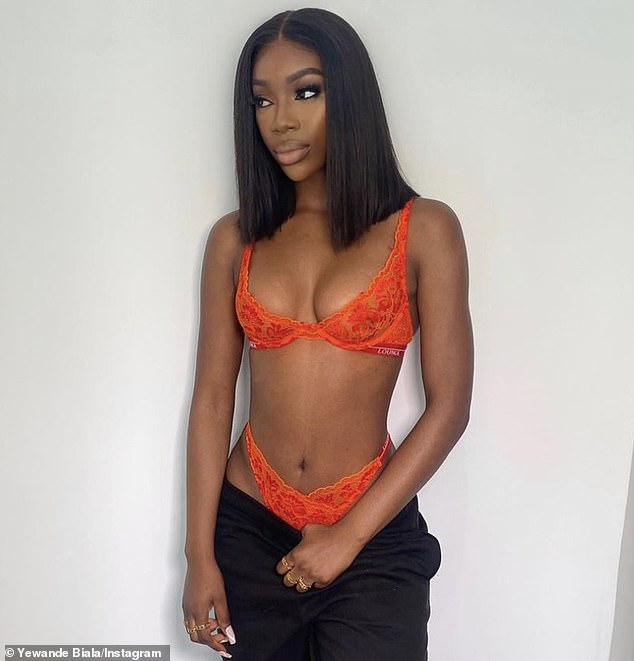 Not having it: Yewande has also hit back at Lucie’s claims, saying that the blonde ‘refused’ to use her name as it was ‘hard to pronounce’ 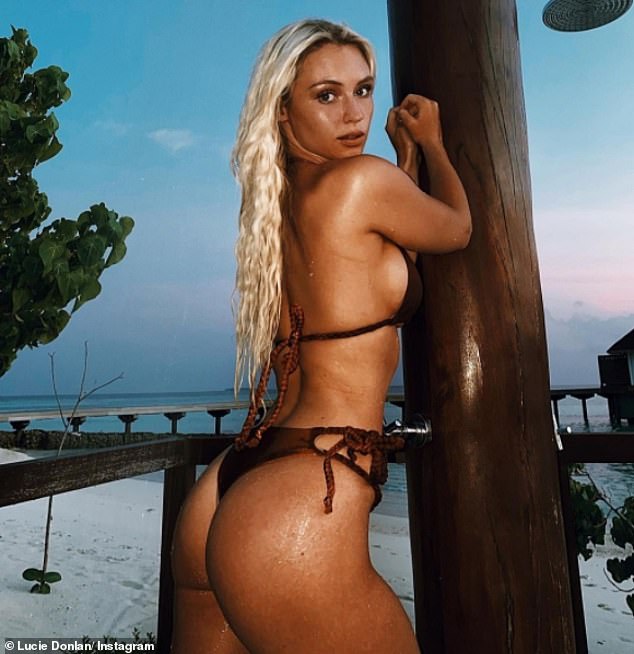 Exposed: Lucie accused her former co-star Yewande of ‘bullying her,’ in a series of old Instagram comments unearthed on Reddit on Monday

Yewande and Anna’s friend Amber Gill, who won the series of the show all three of the women appeared in, also supported her pal.

She replied: ‘Na when she said can I call you “Y” I said lol no you can’t can I just call you “her” you were peaceful in that exchange It was me with the vim.’

However Lucie has since told MailOnline she’s received death threats after her feud with former contestant Yewande escalated into a race row.

Lucie said: ‘These are really old comments dug up purely to incite a row between two females. In this day and age and with everything going on in the world, we should all be sticking together not attacking each other.

‘I’ve been sent death threats which are incredibly scary as you can imagine. I said on the show I had trouble pronouncing Yewande’s name, it’s just what I’m like. 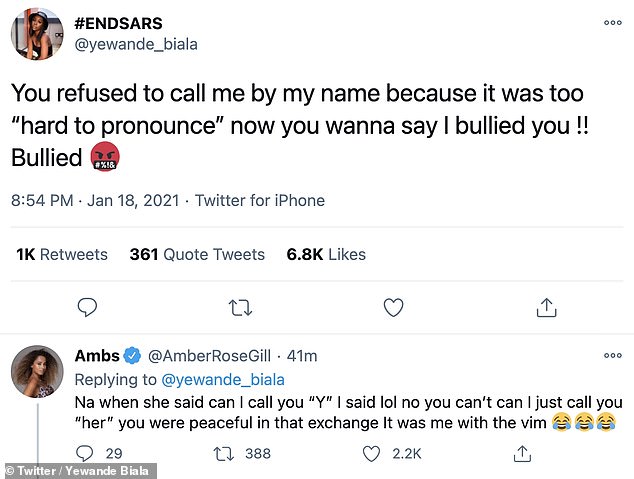 Speaking out: Yewande said Lucie had ‘refused’ to use her name in the 2019 villa, with her pal and fellow Love Island star Amber Gill also speaking in her defence 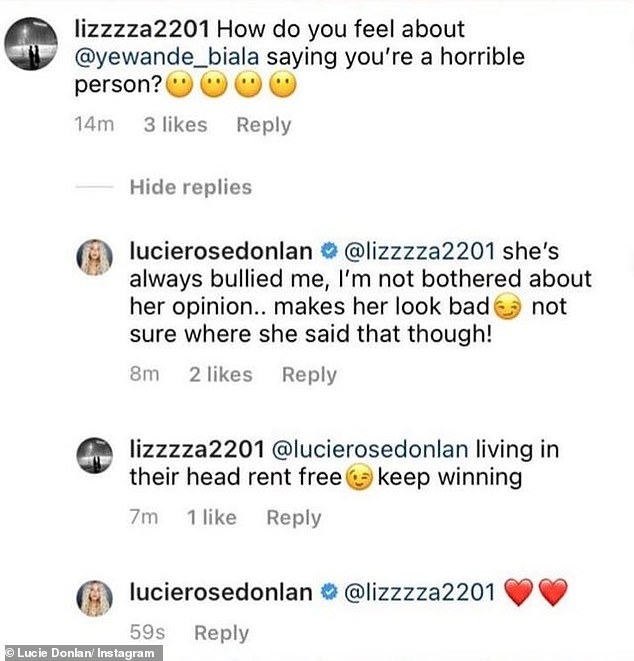 Honest: A fan quizzed Lucie in the throwback screengrab: ‘How do you feel about Yewande saying you’re a horrible person?’ to which she gave a revealing response

‘And I asked if I could use a shortened abbreviated version of her name instead as a term of endearment – there’s nothing sinister to it… Can we all just move on from this please?’

The escalating spat comes after Anna detailed her struggles with lockdown while posing up a storm in a crochet beach ensemble on Friday.

The beauty shared a heartfelt caption alongside a stunning snap in which she flashed her lingerie beneath a tan crochet bardot top and matching trousers.

Captioning the snap, Anna detailed how she is struggling to stay positive amid the latest lockdown, stating she feels a mixture of emotions including ‘scared’ and ‘insecure’. 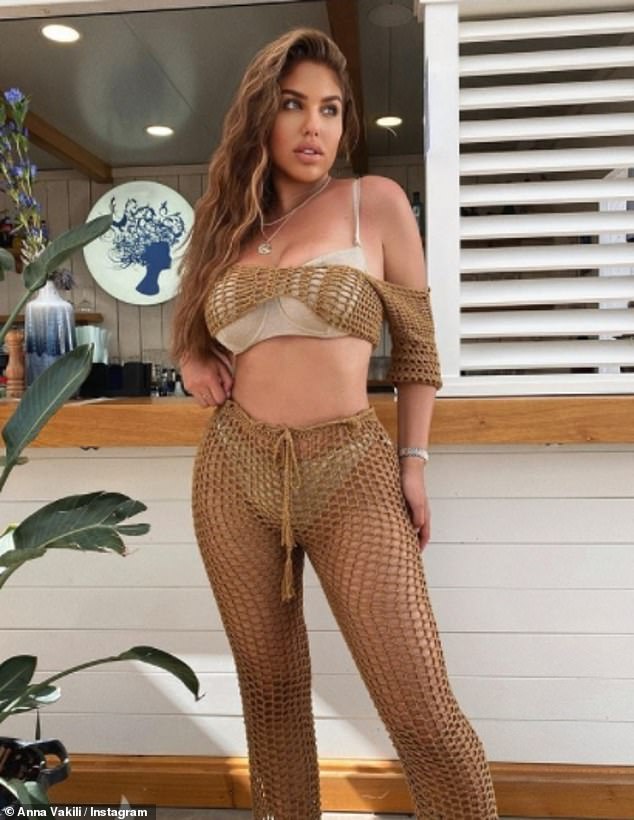 Beach look: It comes after Anna detailed her own struggles with lockdown last Friday

She penned: ‘Looking back at pictures of when I was away trying to think positive and look ahead. It’s just so hard to stay positive right now.

‘This lockdown has got to me in more ways than I could have imagined. Seeing people fight for their lives or their families life. People losing their jobs, their mental health deteriorating.

‘Me myself have had a mixture of emotions. Scared, tired, insecure, impatient etc. And just knowing I’ve been lucky and some people are going through so much worse makes me sad.’

She concluded: ‘We are all going through it in different ways so let’s all at least just be kind to each other ❤️.’ 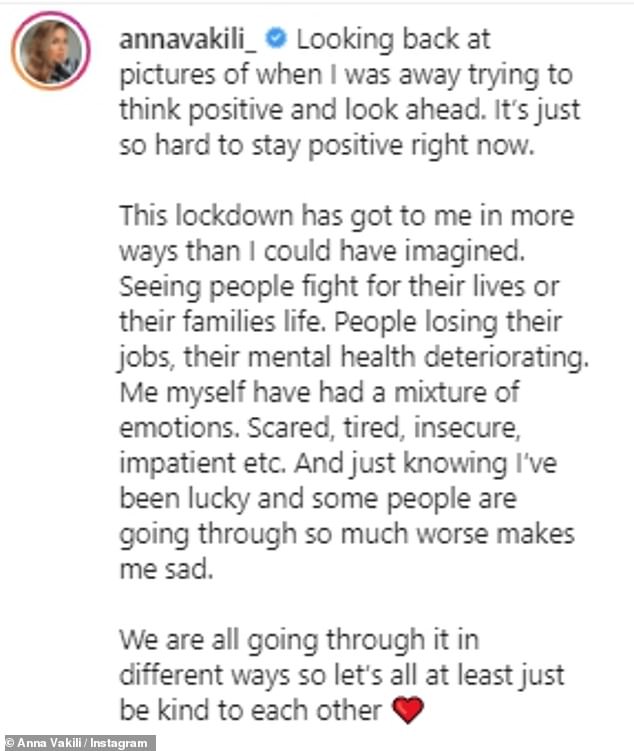 Open: Anna admitted she’d been feeling a range of emotions and said ‘let’s all at least just be kind to each other’ in the caption

Red Nose Day 2021 line-up is unveiled by the BBC

Jennifer Hawkins reveals her daughter Frankie, one, is learning to walk

Karlie Kloss EXCLUSIVE: Supermodel flashes her bump on a walk in Miami with husband Joshua Kushner