Prince Charles spoke out about the death of his father Prince Philip in a recorded message Saturday, saying the royal family is “deeply grateful” for the outpour of support they’ve received.

“My dear papa was a very special person who I think, above all else, would have been amazed by the reaction and the touching things that have been said about him,″ Charles said. “And from that point of view we are, my family, deeply grateful for all that. It will sustain us in this particular loss and at this particularly sad time.”

Prince Charles remarked on his late father’s importance to Queen Elizabeth II, as well as his country.

“I particularly wanted to say that my father, for I suppose the last 70 years, has given the most remarkable, devoted service to The Queen, to my family and to the country, but also to the whole of the Commonwealth,” Charles said.

He continued: “As you can imagine, my family and I miss my father enormously. He was a much loved and appreciated figure and apart from anything else, I can imagine, he would be so deeply touched by the number of other people here and elsewhere around the world and the Commonwealth, who also I think, share our loss and our sorrow.”

Philip’s death comes as a personal loss to the monarch and to his family, and a substantial one as the husband of Queen Elizabeth II and Britain’s oldest and longest-serving royal spouse in 10 centuries.

Buckingham Palace said the Duke of Edinburgh “passed away peacefully” at Windsor Castle on Friday at age 99.

The Duke and Duchess of Sussex posted a message remembering Harry’s grandfather on their Archewell website in “loving memory” of the late royal.

A short tribute to the Duke of Edinburgh encapsulating the website reads: “Thank you for your service … you will be greatly missed.”

On Saturday, the official Instagram page of the royal family shared a photo of the queen and Philip with a caption encapsulating her famous quote about him from 1997.

“He has, quite simply, been my strength and stay all these years, and I, and his whole family, and this and many other countries, owe him a debt greater than he would ever claim, or we shall ever know,” the caption read.

It continued: “At The Queen’s Coronation in 1953, The Duke of Edinburgh swore to be Her Majesty’s ‘liege man of life and limb.’ The Duke was a devoted consort (companion to the Sovereign) for almost 70 years, from Her Majesty’s Accession in 1952 until his death.”

Who is Prince Philip and why was he not a king? What to know about Queen Elizabeth II’s late husband

The working members of the royal family including Prince William and Duchess Kate uniformly updated their social media accounts to mourn Philip’s death Friday. The family members changed their profile photos to reflect their varying crests and posted a black and white portrait of Prince Philip with the same information disclosed in the Buckingham Palace announcement.

Two of Prince Philip’s children, Princess Anne and Prince Edward, honored their father in interviews recorded for broadcast after his death, according to the British network ITV.

Princess Anne, the second-born child and only daughter of Prince Philip and Queen Elizabeth II, spoke of her father’s influence on the United Kingdom and its people.

“We might all say that maybe they have underestimated hugely his impact on what’s happened since that marriage started, in all sorts of ways,” said Princess Anne, known as The Princess Royal. “From our family, it’s fundamental, because without him it would be completely different. But I think also from the society’s perspective, he’s been able to keep pace with the kind of technological changes which have had such an impact. But, at the bottom of all that, it’s not about the technology. It’s about the people.”

Prince Edward, the Earl of Wessex and youngest child of Queen Elizabeth II and Prince Philip, reflected on the strength of his parents’ marriage.

“My parents have been such a fantastic support to each other during all those years and all those tours and the events overseas,” he said. “To have someone that you confide in and smile about something that you perhaps could not in public is very, very important. To be able to share that is immensely important.”

Edward and Sophie, the Countess of Wessex, spent around an hour at the castle. She told reporters “the queen has been amazing” as the couple left Windsor in a Land Rover.

Andrew waved at crowds as he left. Prince Charles, the queen’s oldest child and heir to the throne, visited his mother on Friday.

Harry and Meghan’s tribute comes a month after their bombshell interview with Oprah Winfrey, in which they opened up about their reasons for stepping back from royal duties and moving to America last year in search of more independence and privacy.

More:Prince Harry and Duchess Meghan to give up ‘Sussex Royal’ brand

Their tribute differed from the social media posts from the rest of the royal family: After last year, the couple no longer uses the “Sussex Royal” brand including the Sussex royal social media account. Harry’s alarm about the harms of social media has grown in recent years after what he and Meghan considered racist and intrusive coverage in the British media.

“We will revisit social media when it feels right for us – perhaps when we see more meaningful commitments to change or reform – but right now we’ve thrown much of our energy into learning about this space and how we can help,” the Duke of Sussex said in an interview with Fast Company.

The College of Arms, the body that oversees ceremonial protocol, said Friday that the duke’s body will lie at rest in Windsor Castle, where he spent his final weeks with the queen. His funeral will be held in St. George’s Chapel at the castle, the site of centuries of royal burials — and royal weddings, including the 2018 union of Prince Harry and Meghan Markle. 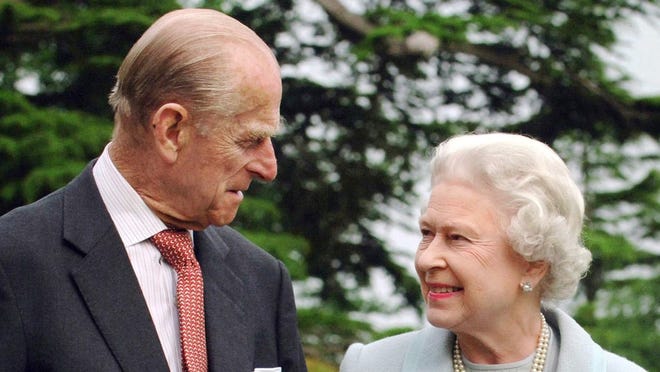 Prince Harry to attend Prince Philip's funeral; Meghan advised by doctor not to fly to UK

Prince Harry to attend Prince Philip's funeral; Meghan advised by doctor not to fly to UK

'January 6 changed everything': Will Capitol riots mark a return to fortress policing?

'You're not nearly as smart as I thought you were!' Joe Biden slams anti-vaxx Americans

The best competing sales to shop from Kohl's, Target and more instead of Prime Day 2021

Could age-progressed image of Timmothy Pitzen be key to solving 10-year disappearance?