By Rebecca Davison for MailOnline

She’s known as something of a style icon.

And Sienna Miller managed to nail an off-duty fashion look when she walked her dog in London on Tuesday.

The 39-year-old wore a padded cropped jacket and 80s ripped stonewash jeans as she sipped on a coffee in Westbourne Grove, 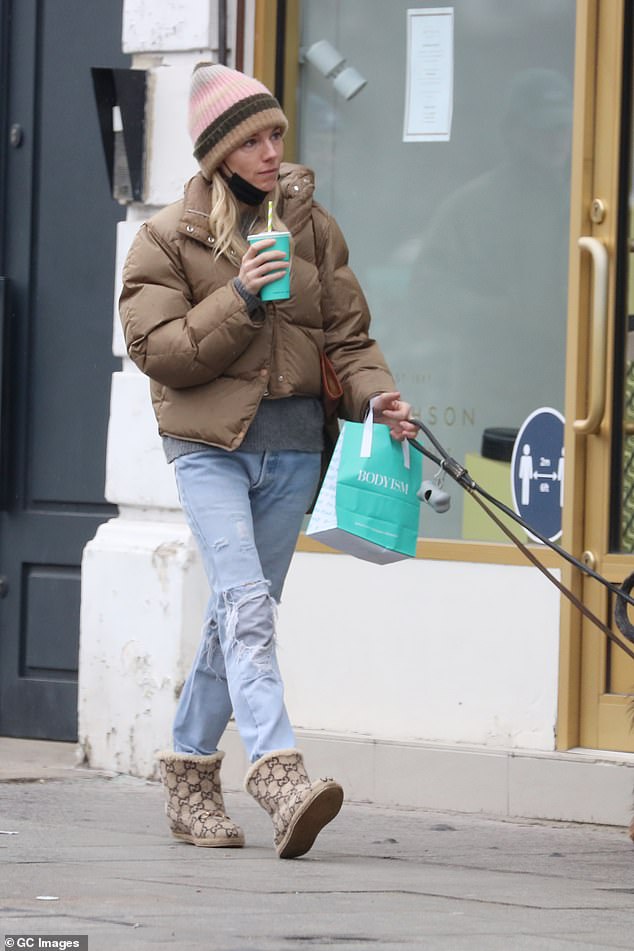 She wore her favourite £650 Gucci wool ankle boots, which she has been spotted in lots of times before, no doubt getting her money’s worth.

Sienna had a Bodyism bag in her hand – it’s a holistic wellness brand, which, ‘creates the very best weight loss and wellness solutions for people all over the world.’

Keeping out the cold, Sienna wore a pink beanie hat and went make-up free for the outing, showing off her natural beauty. 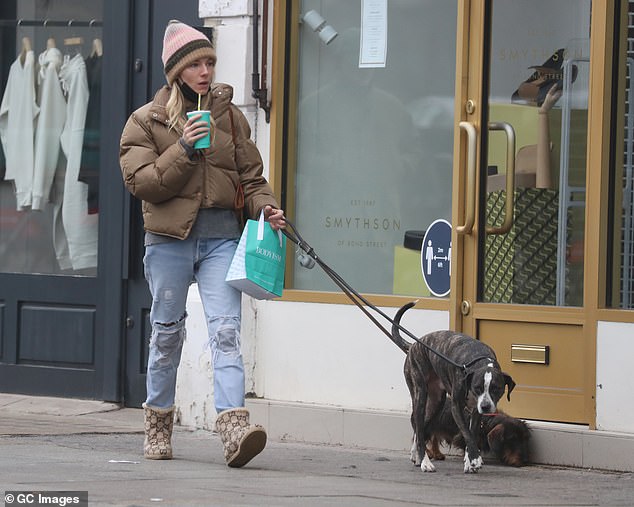 It’s been rumoured that Sienna is moving back from the US to the UK for good, after splitting from her fiancé, publishing boss Lucas Zwirner, four months ago.

She first jetted back to England to be comforted by her sister Savannah following the split and spent Christmas in the Cotswolds with her family.

A source close to the mother of one, who moved to the U.S. in 2016. said: ‘With the pandemic and the political climate in the U.S., being near to family has never felt so important.’ 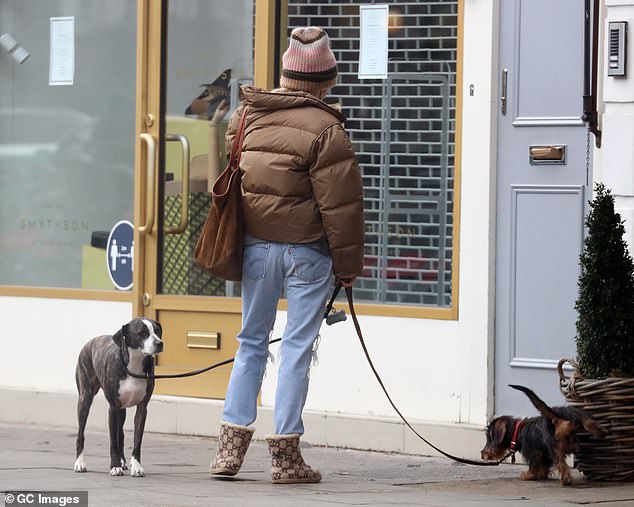 Back in December, Sienna revealed she can’t remember the six weeks following her split from ex-fiancé Jude Law in 2006, after his cheating scandal.

The actress spoke with The Daily Beast about the breakdown of her relationship to the actor, 47, whose affair with his children’s nanny Daisy Wright came to public knowledge in 2005.

She claimed the scandal was ‘really hard’, and admitted: ‘There’s a whole six weeks of that experience that I don’t remember. I have no recollection of it.’

Looking back on how she was performing on stage in As You Like It, Sienna explained: ‘That was one of the most challenging moments I hope I’ll ever have to experience.

‘Because with that level of public heartbreak, to have to get out of a bed let alone stand in front of 800 people every night, it’s just the last thing you want to do. I was in so much shock over it all.’ 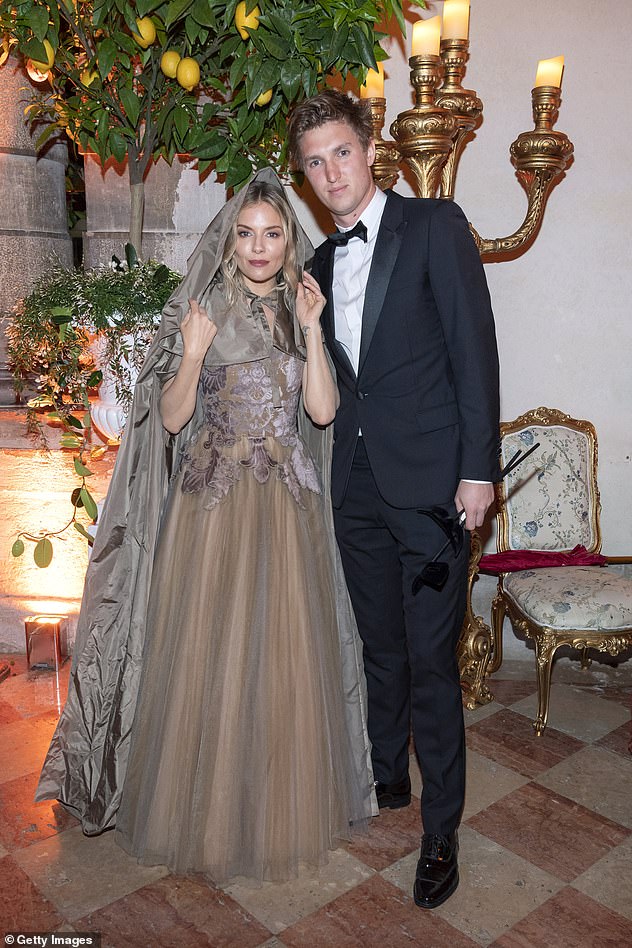 Split: The actress split from her third fiancé Lucas Zwirner (pictured together in May 2019) – it has been claimed it was Sienna’s decision to call it a day 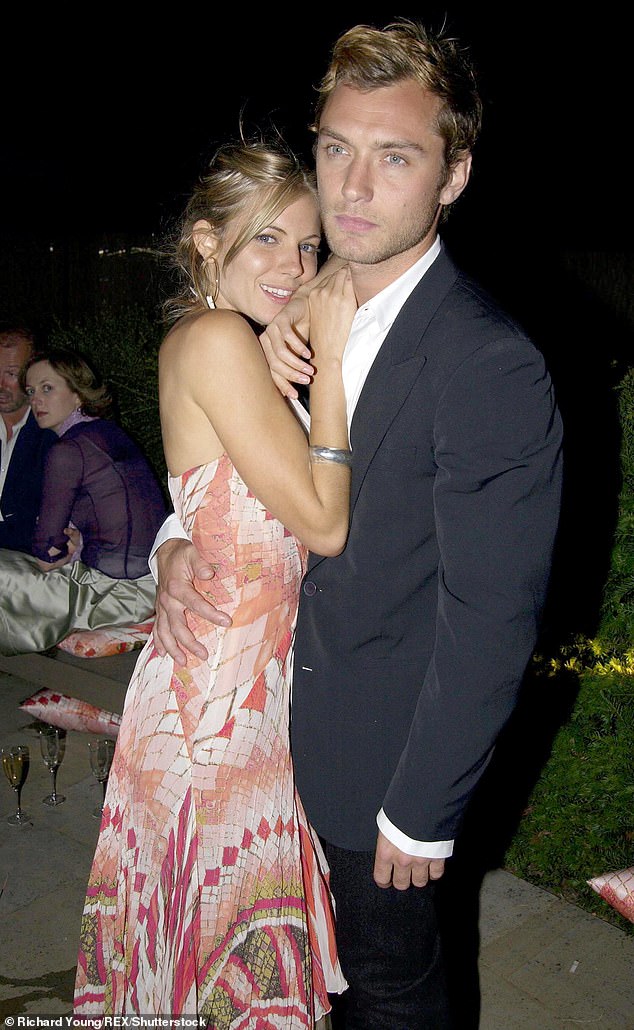 ‘I was in so much shock’: Sienna revealed she can’t remember the six weeks of her life following her split from ex-fiancé Jude Law after his cheating scandal (pictured in 2004)