US to reallocate doses to states in need amid drop in vaccinations; Biden aims for 70% of vaccinated adults by July 4: Live COVID-19 updates 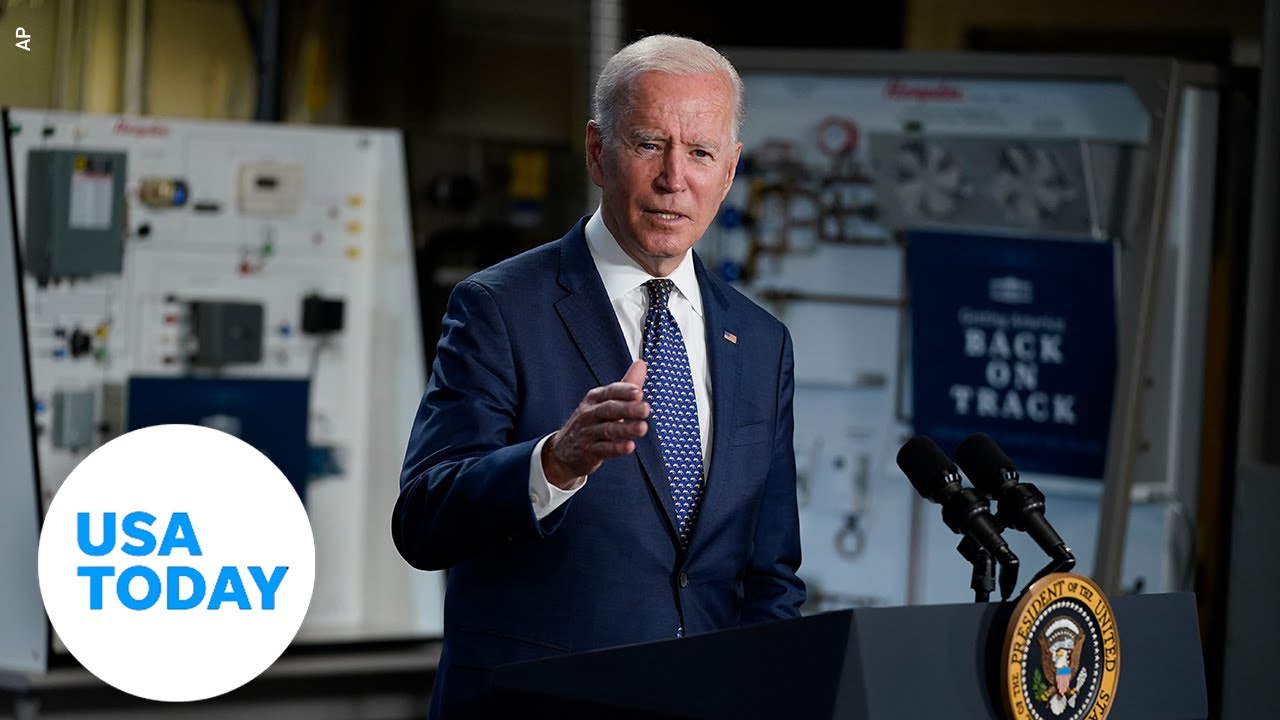 The Biden administration will begin allocating vaccine doses away from states with lower demand to those where demand remains high, an administration official said Tuesday.

The rush for vaccination has ebbed across much of the nation, with some states turning down all or part of their weekly dose allotments. The federal government will now shift some of those doses to areas where appointments remain difficult to get.

Governors were informed of the change by the White House on Tuesday. The official spoke to the Associated Press on the condition of anonymity before the expected public announcement later today.

The United States is reporting first-dose vaccine jabs at less than half the pace of just a few weeks ago, a USA TODAY analysis of CDC data shows. The government reported administering 6.54 million first doses in the week ending Monday, down sharply from 14 million reported in the week ending April 13. On Monday alone, the country reported about 471,000 first doses, the lowest number since Feb. 23, when an ice storm had snarled supplies.

More than 147 million Americans, or 44% of the U.S. population, have received at least one dose. Herd immunity has been estimated to require vaccination of 70% or more of the population. More than a quarter of all Americans say they don’t want the vaccine, surveys indicate.

The good news: Some experts say it may not take “herd immunity” to see a dramatic drop in COVID-19 cases, that another 30 to 40 million first shots could be enough for the United States to reach a vaccine tipping point and containment of the pandemic.

The U.S. is now averaging fewer than 50,000 new coronavirus cases per day, a level not seen since early October and a sign that the vaccination program already is having an impact on the pandemic.

Also in the news:

►President Joe Biden wants 70% of U.S. adults to have gotten at least one COVID-19 shot by July 4, a goal he is set to announce Tuesday along with new steps to vaccinate harder-to-reach populations and preparations for vaccinating teenagers. Currently, 56.3% of American adults have received at least one dose.

►The Indiana State Fair will return with some changes this summer, a year after the pandemic forced its cancellation, fair officials announced Tuesday.

►New Jersey Gov. Phil Murphy announced a “Shot and Beer” program entitling state residents of drinking age who get their first dose of a COVID-19 vaccine this month to a free beer at one of 13 craft breweries across the state.

►South Korean officials say North Korea has told Asia’s soccer governing body it would not participate in World Cup qualifiers scheduled to be played in South Korea next month because of coronavirus concerns.

📈 Today’s numbers: The U.S. has more than 32.47 million confirmed coronavirus cases and 577,500 deaths, according to Johns Hopkins University data. The global totals: Over 153.18 million cases and 3.2 million deaths. More than 312.5 million vaccine doses have been distributed in the U.S. and 246.7 million have been administered, according to the CDC. More than 105.5 million Americans have been fully vaccinated.

📘 What we’re reading: I was wrong about the COVID-19 vaccines. Here’s what I learned.

Keep refreshing this page for the latest updates. Want more? Sign up for our Coronavirus Watch newsletter for updates to your inbox and join our Facebook group.

EU expects enough vaccine for 70% of adults in July

A quarter of all European Union residents have received a first dose as the 27-nation bloc’s vaccine effort gains momentum after a slow, controversial start, said Ursula von der Leyen, president of the European Commission, in a message posted on Twitter.

Struggles to obtain solid commitments for vaccine purchases left Europe far behind vaccination campaigns in the U.S and Britain.

“Vaccination is gaining speed across the EU: we have just passed 150 million vaccinations,” vod der Leyen tweeted in multiple languages. “We’ll have enough doses for vaccinating 70% of EU adults in July.”

True ‘herd immunity’ may not be necessary

It may not take true “herd immunity” to see a dramatic drop in COVID-19 cases, some experts say.

Among Americans 65 and older, who are most vulnerable to the disease, 70% are fully vaccinated. They are 94% less likely to be hospitalized with COVID-19 than people of the same age who are not vaccinated, a CDC report last week showed.

“When you’re at 50% or so (vaccinated), you have a significant amount of downward pressure on cases,” said Dr. Robert Wachter, professor and chair of the Department of Medicine at the University of California-San Francisco.

“Half the people who are being potentially exposed to the virus no longer can get it. That’s a very big deal.”  Read more here.

The U.S. will restrict travel from India starting Tuesday following a deadly coronavirus surge that has smashed records and left the country in despair.

India has become the first country in the world to report more than 400,000 daily cases, according to data from Johns Hopkins University, as the spike threatens global efforts to tamp down the pandemic and return to pre-COVID life.

The country’s official count of total coronavirus cases surpassed 20 million Tuesday, nearly doubling in the past three months, while deaths officially have passed 220,000. Staggering as those numbers are, the true figures are believed to be far higher, the undercount an apparent reflection of the troubles in the health care system. Here’s what we know.

As the crisis in India became more urgent last week, the White House said the U.S. could share as many as 60 million doses of the AstraZeneca COVID-19 vaccine with other nations once it receives federal approval in the coming months. And the U.S. Agency for International Development began flying emergency supplies to India, including oxygen cylinders, rapid diagnostic tests and 100,000 N95 masks to help the country protect its front-line health workers.

The Food and Drug Administration will soon authorize the Pfizer-BioNTech COVID-19 vaccine for adolescents ages 12 to 15, who could be eligible to receive the shots as early as next week.

The highly anticipated decision, which is likely to be supported by the CDC, would allow most middle and high school students to get vaccinated before summer camps and the start of the 2021-22 school year.

The current age requirement for the Pfizer-BioNTech vaccine is 16, and it’s 18 for the Moderna and Johnson & Johnson shots. Those two companies are also testing their vaccines on children under 18.

Besides appeasing parents eager to get their adolescents vaccinated against the coronavirus, the FDA’s authorization would expand the pool of Americans eligible to get inoculated at a time when the U.S. vaccination campaign is starting to flag in the face of hesitancy and outright refusal by some people.

In a recent trial, Pfizer-BioNTech showed in 2,260 adolescents ages 12-15 that its two-dose vaccine was extremely safe and entirely effective. Of the 16 adolescents infected by COVID-19 in the trial, all had received the placebo, none the active vaccine.

'How much worse does it get?': Trauma from Capitol riot, car attack taking toll on Hill staffers

Thieves torture and murder British mother in front of her baby

'I can't believe this is happening': Travelers recount tales of getting stuck in Mexico after positive COVID tests

States that lifted COVID restrictions early got economic boost. What happened next?